Forty-two U.S. states and the District of Columbia took some form of action related to distributed solar policy and rate design during the second quarter of this year (Q2’16), according to a new report from the N.C. Clean Energy Technology Center (NCCETC). Of the 121 actions cataloged, the most common were related to residential fixed charge increases (42), followed by net metering (37), and solar valuation or net metering studies (16). 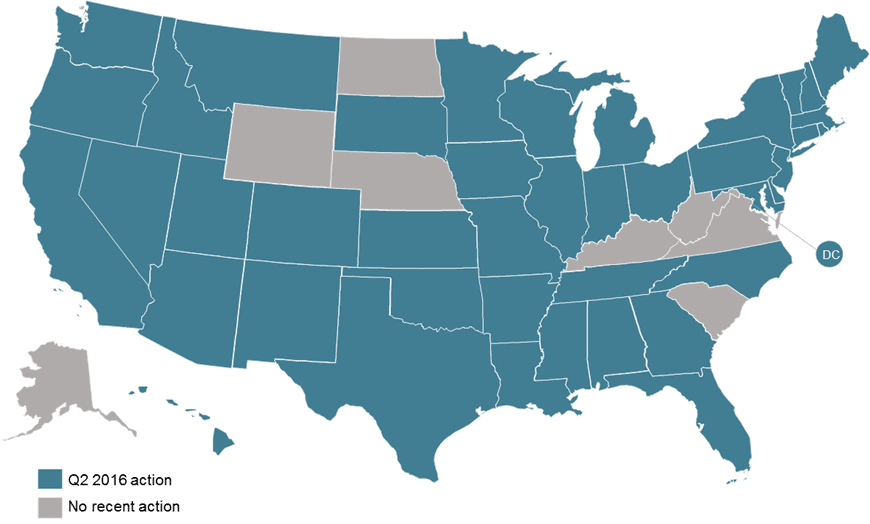 In the latest edition of its quarterly “The 50 States of Solar” report, the NCCETC offers the following key findings of Q2’16:

According to the report, utility proposals to increase residential monthly fixed charges were the most common type of solar policy and rate design action during Q2’16, with over one-fifth of all U.S. investor-owned utilities proposing increases of at least 10 percent. 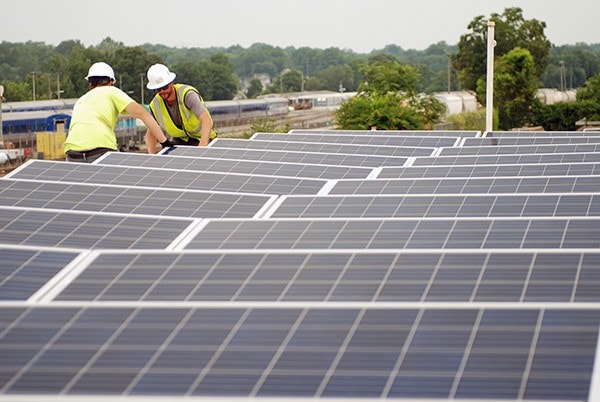 Autumn Proudlove, report co-author and senior policy analyst at NCCETC, says, “We are seeing no sign of decline in requests to increase residential fixed charges, while residential demand charge proposals have not yet picked up as many in the industry were expecting. However, in over half of the fixed charge decisions made this year, utilities were not granted any increase.”

The report also offers what the NCCETC considers the top five solar policy developments of Q2’16:

“Again, we found a tremendous amount of activity across the U.S. in the last quarter,” observes Brian Lips, report co-author and energy policy project coordinator at the NCCETC.

“Legislatures, commissions, or utilities in almost every state proposed or adopted policy changes that will shape their distributed solar markets for years to come,” continues Lips. “From direct changes to net-metering rules, to rate design revisions, there are many opportunities for state markets to be weakened or strengthened. States that were once dominant in distributed solar adoption may not be dominant in the future, just as states that have lagged behind may quickly jump to the front of the pack.”