U.S. Solar Sets Out on Path to Record-Shattering Year

In the first quarter of this year (Q1’16), 1,665 MW of solar PV were installed in the U.S., with the solar industry adding more new capacity during this period than did the coal, natural gas and nuclear sectors combined, according to GTM Research and the Solar Energy Industries Association’s (SEIA) U.S. Solar Market Insight, Q2 2016 report. In fact, solar PV accounted for 64 percent of all new electric generating capacity in the U.S. during the first quarter. 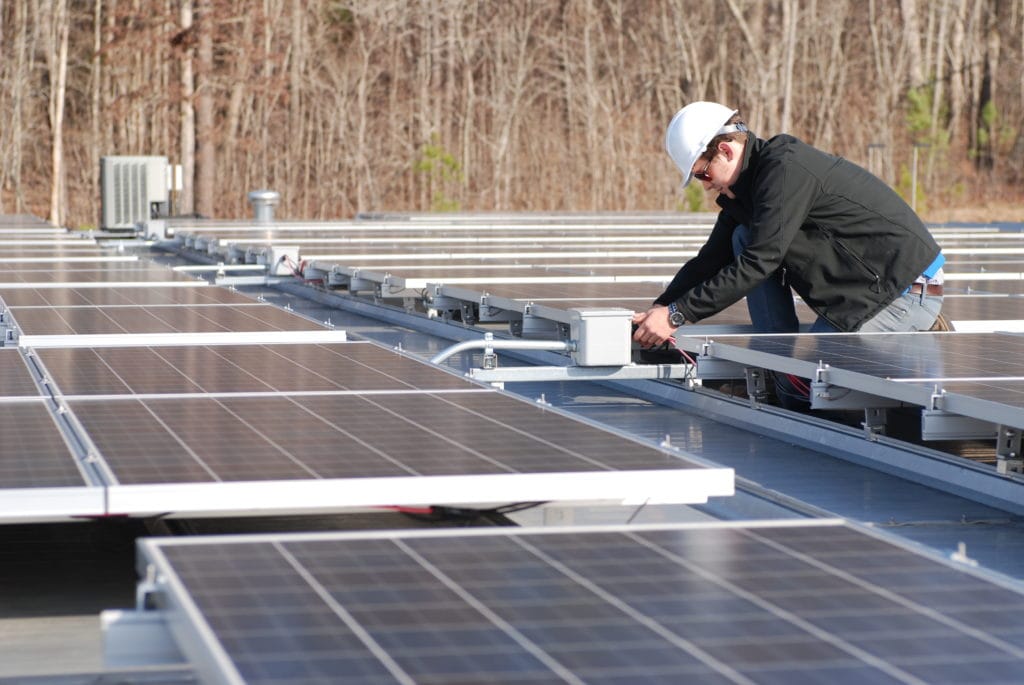 The report says this growth builds off the momentum of a record 2015, in which solar exceeded natural gas capacity additions on an annual basis for the first time ever. The report also says that the solar industry will install an unprecedented 14.5 GW of capacity this year – a 94 percent jump over the 7.5 GW in capacity installed in 2015. 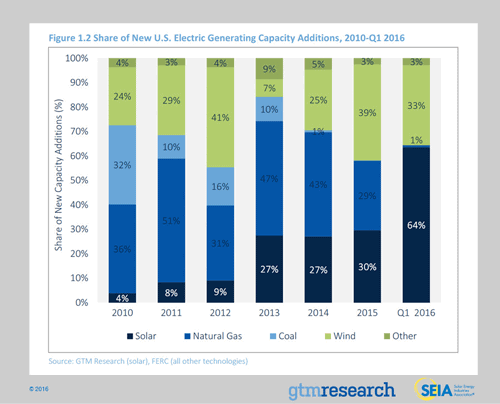 “The solar industry is growing at warp speed, driven by the fact that solar is one of the lowest-cost options for electricity and it’s being embraced by people who both care about the environment and want access to affordable and reliable electricity,” says Tom Kimbis, SEIA’s interim president. 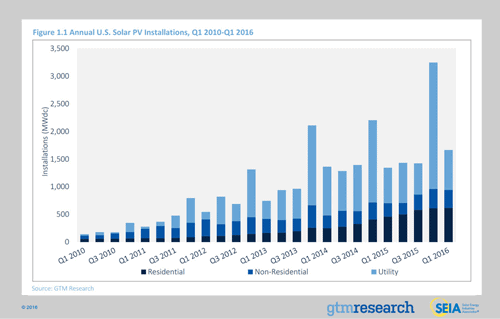 “Over the past six months, the non-residential PV segment has shown glimpses of a market that can grow across a more diverse set of project development opportunities,” says Cory Honeyman, GTM Research’s associate director of U.S. solar. “While a number of policy- and customer-driven bottlenecks continue to challenge the market, a handful of state policies established over the past half year should unlock new customer-sited and offsite development, with Fortune 500 corporate customers playing a key role in supporting the market’s rebound.”

The report says that despite some net-metering reform hurdles, the residential market segment continued its track record of quarterly growth, though at a much slower clip due to a typical seasonal dip during the late winter months. Although California remained relatively flat, other markets picked up the slack. The report points to New York and Maryland, which both experienced quarterly residential growth rates of 25 percent.

With the recent extension of the federal investment tax credit (ITC), a number of large-scale projects have breathing room to spill over into 2017, the report adds. That spillover effect, plus a growing number of geographies where distributed and utility PV are attractive with an ITC extension, positions U.S. solar to remain a double-digit-gigawatt annual market through the end of this decade, the report concludes.