Growing 43 percent year-over-year, the U.S. saw 2,051 MW of solar photovoltaic power installed in the second quarter of this year – marking the 11th consecutive quarter in which more than 1 GW of PV was installed, according to GTM Research and the Solar Energy Industries Association’s (SEIA) latest U.S. Solar Market Insight report. 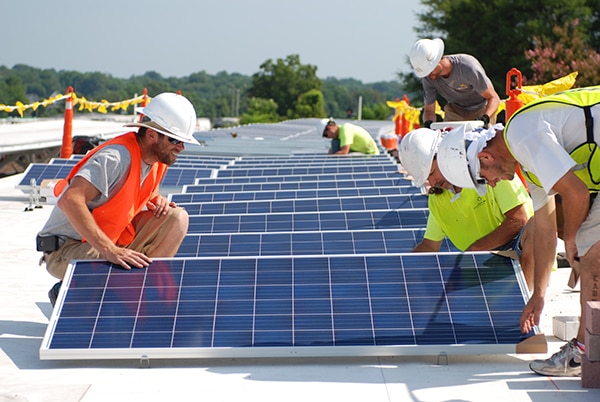 “We’re seeing the beginning of an unprecedented wave of growth that will occur throughout the remainder of 2016, specifically within the utility PV segment,” said Cory Honeyman, GTM Research’s associate director of U.S. solar research. “With more than 10 GW of utility PV currently under construction, the second half of this year and the first half of 2017 are on track to continue breaking records for solar capacity additions.”

According to the report, the residential market segment hit a major milestone earlier this year when it hit 1 million residential rooftop installations. The report notes that California’s solar market has experienced a bit of a slowdown, but other states’ markets, including Utah and Texas, have helped pick up the slack. In total, residential PV installations grew 1% over the first quarter of the year and 29 percent annually. 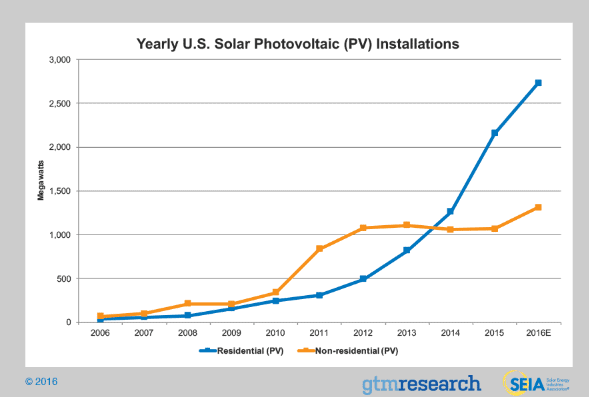 According to the report, the second half of 2016 will benefit from emerging project types and growing support of solar by states and utilities.

GTM research notes that by 2021, more than 30 states in the U.S. will have added more than 100 MW of annual capacity; in addition, 20 of those states are expected to be home to more than 1 GW of total operating solar PV. 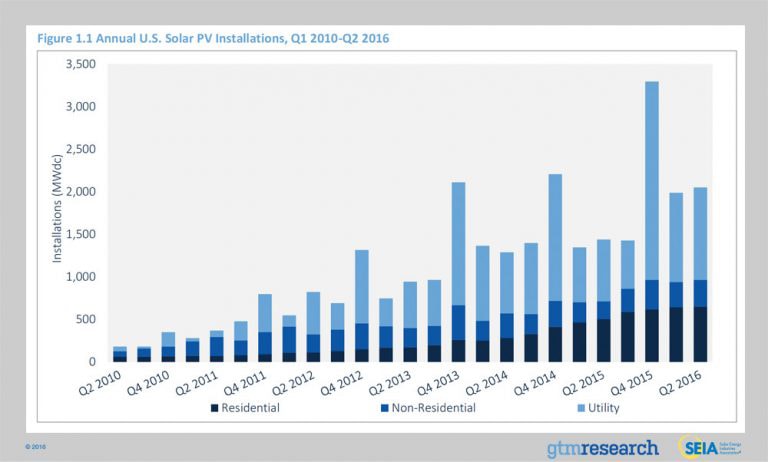 Other key findings of the report include as follows:

• In the first half of 2016, solar accounted for 26 percent of all new electric generating capacity brought online in the U.S.

• With the installation of 650 MW in the second quarter, residential PV grew only slightly over the first quarter but had its largest quarter ever and grew 29 percent year-over-year.

• California accounted for 42 percent of rooftop PV installations in the second quarter – its lowest share since the fourth quarter of 2012 – as markets in states such as Utah and Texas begin to account for larger shares of the residential segment.

• Despite adding less than 10 MW in the second quarter, community solar is expected to add 100 MW in total this year.

• More than 1 GW of utility-scale solar was installed for the third consecutive quarter.

• 13.9 GW of new PV installations will come online in 2016 – up 85 percent over 2015. Utility PV is expected to drive the majority of demand by accounting for over 70 percent of new capacity.

“Solar works in all 50 states, and this report proves that what many would consider non-traditional markets are now firmly a part of the clean energy movement,” said Tom Kimbis, SEIA’s interim president. “While it took us 40 years to hit 1 million U.S. solar installations, we’re expected to hit 2 million within the next two years.”