It’s no surprise that the U.S. solar sector broke records in 2016 – analysts long expected it to be a boom year, but newly released data highlights just how wildly successful the market was.

The Solar Energy Industries Association (SEIA) and GTM Research previewed the data in advance of their upcoming U.S. Solar Market Insight 2016 Year in Review report, set to be fully released on March 9.

In its biggest year to date, the U.S. solar market nearly doubled its annual record, topping out at 14,625 MW of solar PV installed in 2016, according to the report. This represents a 95 percent increase over the previous record, 7,493 MW, set in 2015. 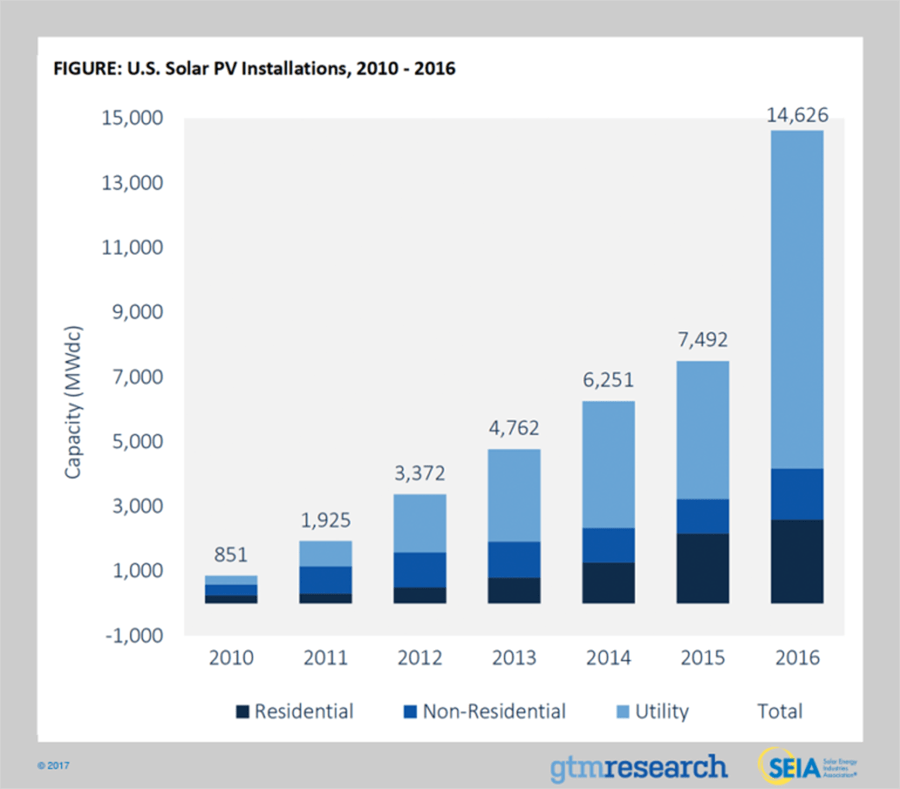 For the first time ever, the report adds, U.S. solar ranked as the No. 1 source of new electric generating capacity additions on an annual basis last year. Altogether, solar accounted for 39 percent of new capacity additions across all fuel types in 2016.

“What these numbers tell you is that the solar industry is a force to be reckoned with,” states Abigail Ross Hopper, SEIA’s president, and CEO. “Solar’s economically winning hand is generating strong growth across all market segments nationwide, leading to more than 260,000 Americans now employed in solar.”

The report finds success in 2016 was driven largely by the utility-scale segment, which was bolstered by a pipeline of projects initially hedging against the extension of the federal investment tax credit. The report finds not only did the utility-scale segment represent the most megawatts installed, but it also featured the highest growth rate of any segment, growing 145 percent from 2015. 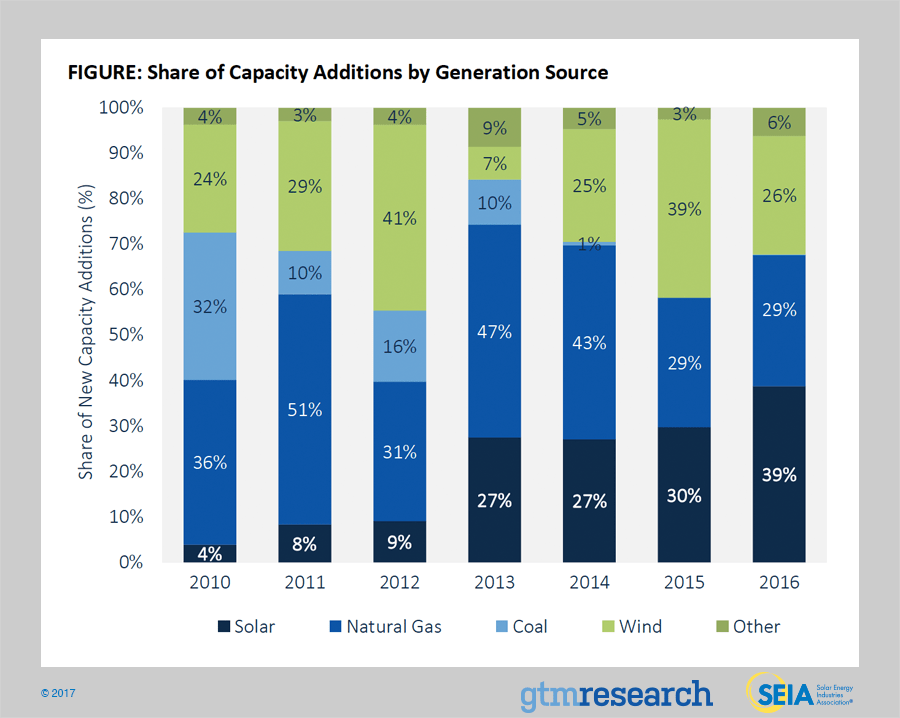 “In a banner year for U.S. solar, a record 22 states each added more than 100 MW,” notes Cory Honeyman, GTM Research’s associate director of U.S. solar research. “While U.S. solar grew across all segments, what stands out is the double-digit gigawatt boom in utility-scale solar, primarily due to solar’s cost-competitiveness with natural gas alternatives.”

The non-residential market also exceeded expectations, with two major growth drivers in the segment. The first is community solar, adding a record total of more than 200 MW, led by Minnesota and Massachusetts. Second, rate design and net energy metering fueled a rush in project development and installation growth across a number of major state markets, most notably in California.

For the first time since 2011, the report finds, non-residential installation growth surpassed residential solar growth, which posted a still-impressive 2,583 MW. While growth in California’s residential market has begun to level out, strong growth in markets like Maryland, New Jersey and a handful of emerging states where solar has achieved grid parity, helped the residential segment to grow 19 percent year-over-year.

As a result of a remarkable 2016, the U.S. is now home to more than 1.3 million solar PV installations with a cumulative capacity of over 40 GW.