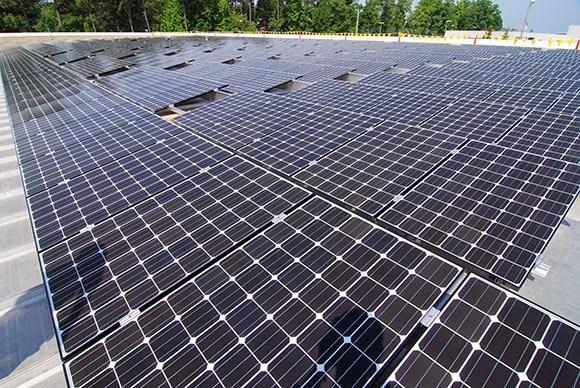 A lot of metals go into making solar cells and wind turbines, raw materials such as copper, iron, rare earth metals such as indium and others and that involve a lot of greenhouse gases and other pollution when they’re mined and processed to make parts for renewable power generators.

So just how green are these sources of low-carbon renewable electricity? Pretty green, it turns out.

Rolling out wind and solar power projects across the globe through 2050 will probably have a very low climate and environmental impact and even reduce air pollution despite the need for extracting pollution-intensive raw materials for those wind, solar and hydropower projects, according new research published last week.

As part of the new Norwegian University of Science and Technology study, researchers conducted the first-ever lifecycle analysis of a wide-scale global rollout of new wind, hydro and solar power plants, asking whether shifting from coal and natural gas power generation to renewables would increase or decrease certain types of pollution.

Generally, there isn’t much known about the environmental and climate costs of a global shift from fossil fuels to renewables and how that shift affects pollution from producing raw materials used in solar panels and wind turbine blades such as copper, concrete, aluminum, indium and other materials, according to the study.

Wind turbines require up to 14 times the iron needed for fossil fuel power generation, and solar photovoltaics require up to 40 times the copper than traditional coal, oil or natural gas-fired power plants, according to the study.

But over time, the environmental impact of extracting those raw materials declines, pollution decreases and the total quantity of those materials likely needed for renewables is a fraction of the volume of those materials being mined today, the study says.

The researchers assumed that solar, wind and hydropower will make up 39 percent of total global power production in 2050, up from 16.5 percent in 2010, requiring 1.5 gigatons of bulk raw materials for construction. 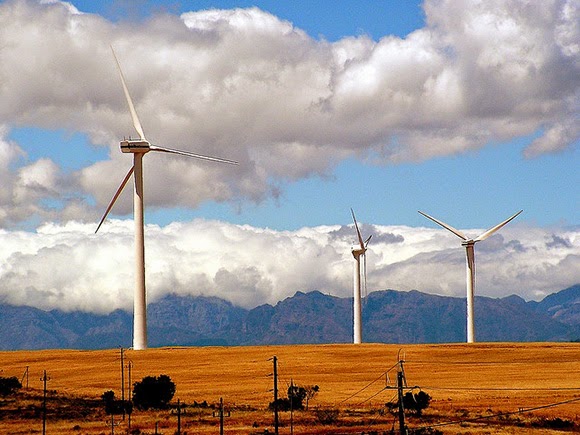 “I was surprised that all the pollution went down for renewables,” the study’s lead author, Edgar Hertwich, an energy and process engineering professor at the Norwegian University of Science and Technology, told Climate Central. “I expected some of the toxics might be rising because of the materials used. Metal ores contain a lot of heavy metals. I expected that to be significant. I was really surprised it didn’t show up.”

When compared to coal-fired power plants, renewables come out on top because wind and solar power generation requires no additional raw material over the lifespan of the turbine or solar panel. Coal-fired plants, on the other hand, require continued mining of coal, he said.

The study, published Monday in the journal Proceedings of the National Academy of Sciences, concludes that new renewable power installations would increase the demand for iron and steel by 10 percent by 2050, and the copper that would be needed for photovoltaic systems are equivalent to two years of current global copper production.

“The amount of material having to move for coal is more than metal moved for renewables,” he said.

Displacing fossil fuels with renewables could reduce global greenhouse gas emissions by 62 percent below a scenario that assumes global energy consumption would continue on its current trajectory, with coal power generation possibly increasing 149 percent over 2007 levels, according to the study. The research also shows that freshwater pollution could be reduced by half and particulate matter in the air reduced by 40 percent.

“This study helps further verify the benefits and necessity of renewable technologies for meeting long-term greenhouse gas mitigation goals,” said Christine Shearer, postdoctoral scholar of earth system science at the University of California-Irvine, whose recent research suggests that reliance on natural gas for power generation impedes the development of renewables.

“We know that no energy source is benign,” she said. “Each one will have an impact on the environment and resources, especially when scaled up. Hertwich and his colleagues have done a real service by quantifying these life cycle effects and showing the benefits of renewable energies not only for the climate, but also air and water, with a manageable amount of resources.”

Reprinted from Climate Central with permission