It’s official: more major U.S. companies are going solar than ever before! Today saw the release of the 2015 “Solar Means Business” report from the Solar Energy Industries Association, which highlights the leaders in corporate solar installations across the country. 2015 marks a 59 percent increase in solar installations over last year, and an incredible 183 percent growth in solar installations among top American businesses since the report was first launched four years ago. This really shows that solar is taking its place in the mainstream–when iconic American brands like Walmart, Apple, and FedEx are investing in renewables, it’s clear that it’s time for the world to start taking this technology seriously. These corporate installations are just one indicator of the exponential growth the industry has seen in recent years–by the end of the year, there will be “enough solar electricity generated in the U.S. to power more than 5.5 million homes.” 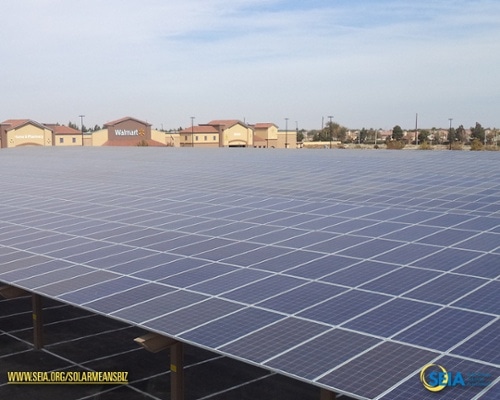 The expanding list of companies choosing to install solar indicates that solar isn’t just being deployed for environmental reasons–it’s a smart financial choice that will help businesses meet their bottom line. This is especially true given that the cost of solar is at an all-time low, having dropped nearly 30 percent in the last three years. It also shows that solar is not limited to specific industries, as the report includes companies covering a wide range of products and services, such as auto manufacturing (GM), beauty (L’Oreal), retail (Macy’s), and more. The facilities hosting the installations were also diverse, including data centers (Verizon), distribution centers/warehouses (FedEx), manufacturing facilities (Johnson & Johnson), retail stores (Target), and office buildings or corporate campuses (Intel).

Even more interesting is that this growth isn’t just limited to traditionally significant states like California and Arizona; the report highlights installations in Arkansas, Kansas, and Indiana, covering 37 states in all. These states host more than 1,686 individual commercial solar systems, with a combined installed capacity of 907 MW (enough to offset 890 metric tons of carbon emissions per year!). As the report notes, “it is increasingly apparent that solar is a smart business decision wherever your business may be.”

These installations were also comprised of a variety of array types, with roof-mounted being the most popular by far, at 90 percent of the systems covered in the report. Ground mount systems comprised 4 percent of projects (used by GM, L’Oreal, and Verizon). Carport systems also proved to be growing in popularity; according to the report, 42 of the 67 carport projects analyzed have been installed since 2012. 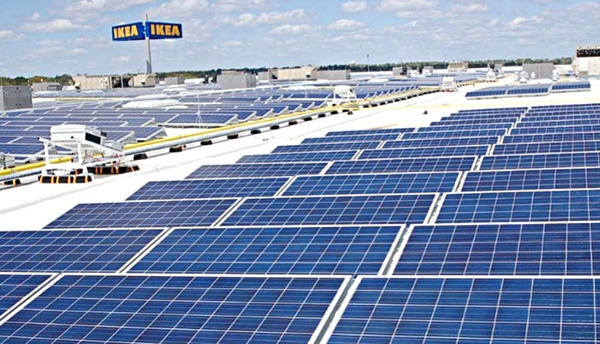 So who were the key players in this year’s commercial solar space? Walmart emerged as the winner, leading the pack with over 142 MW of installed solar across 348 systems. Other top companies include:

• Walgreens: they have installed 85 systems at their retail locations this year, more than any other company on the list.
• Apple: their solar installations produce enough electricity to power 45 million iPhones.
• Costco: their solar reduces their carbon footprint by the equivalent of 252 railcars of coal.
• Ikea: they have installed solar at 89 percent of their U.S. stores.

To read the full “Solar Means Business” report and learn more about the state of corporate solar installations in 2015, please visit the SEIA website.

Reprinted from All Earth Renewables with permission.