Environment America has launched a Stand Up for Solar campaign, which the advocacy group says will redouble its efforts to defend solar policies from utilities and fossil fuel groups pushing anti-solar agendas in state legislatures and regulatory agencies across the U.S. 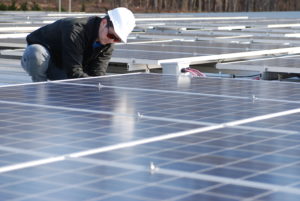 “Pollution-free solar energy represents America’s most abundant energy resource,” says Bret Fanshaw, solar program coordinator with Environment America. “For our climate and our environment, we can’t allow special interest forces in the fossil fuel industry to pull the plug on the bright potential of solar power.”

In concert with the new campaign, the Environment America Research & Policy Center has released a report titled “Blocking the Sun,” which the group says documents 17 fossil-fuel-backed groups and electric utilities running some of the most aggressive campaigns to slow the growth of solar energy in 12 states.

Of the findings, the report charges that the Koch brothers have provided funding to the national fight against solar by funneling tens of millions of dollars through a network of nonprofits; the American Legislative Exchange Council has provided utility and fossil fuel interests with access to state legislatures and inspired anti-solar legislation in a set of states; and utilities in Arizona, Florida, North Carolina, Nevada, Ohio, West Virginia, California and Illinois have undertaken campaigns to revoke renewable energy policy or impose new charges on their solar customers.

“Solar has the chance to become a leading technology,” says Rachel Cross of Frontier Group, report co-author. “It’s ready, it’s more accessible every year, and it’s a solution for a world that needs to quit burning carbon. Allowing electric companies and fossil fuel interests to stand in the way of that kind of progress defies common sense.” 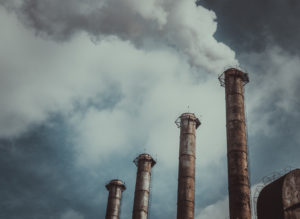 In mid-2016, the report says, there were at least 84 ongoing policy actions in U.S. states that could impact the growth of solar energy, including through limitations to net metering or new charges to make rooftop solar power less economically viable.

Environment America says its Stand Up for Solar campaign will keep fighting efforts to roll back solar energy policy in states around the country, from Florida to Arizona and more. The report urges state decision makers to recognize and resist utility and fossil fuel industry influence that seeks to undermine solar energy and to instead encourage the growth of solar.

“Solar is finally catching on and providing tremendous benefits, reducing pollution, saving consumers and businesses money, and revitalizing local economies,” says Fanshaw. “Now, more than ever, states must lead the charge on a transition to solar power and renewable energy.”

The report is available here.