U.S. Renewables Set Records During First Half Of 2016

U.S. renewable energy sources have set a series of records for domestic electrical generation during the first half of this year, according to nonprofit SUN DAY Campaign.

Citing statistics from the U.S. Energy Information Administration’s (EIA) latest “Electric Power Monthly” report, which includes data for the first six months of 2016, the SUN DAY Campaign says net U.S. electrical generation from non-hydro utility-scale renewables (i.e., biomass, geothermal, solar and wind) increased by 17.0 percent compared with the first half of 2015. Output from conventional hydropower also rose by 11.8 percent. Combined, generation from all utility-scale renewable sources increased by 14.5 percent in the first half of this year compared with the same period in 2015.

SUN DAY says utility-scale electrical generation from renewable sources hit an all-time high of 16.55 percent of total domestic generation – a sizable increase from 14.09 percent during the same period last year. Furthermore, the nonprofit explains that renewable energy’s total share in the first half of 2016 increases even more, to about 16.8 percent, when including distributed solar.

Electrical generation by utility-scale wind rose 23.5 percent and set a new six-month record of 5.96 percent of total generation. In the first half of 2015, wind power’s share was only 4.70 percent. (SUN DAY points out that the EIA data does not include additional generation provided by distributed small-scale wind resources.) 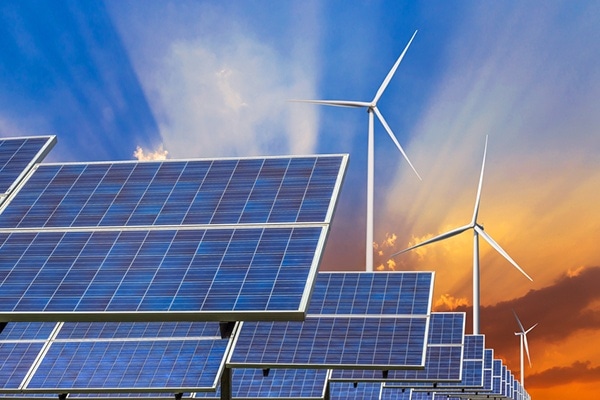 Together, wind and solar (including distributed solar) grew by almost 25 percent (24.8 percent) during the first six months of 2016 compared with the first half of 2015 and are now providing almost as much electrical generation as conventional hydropower. SUN DAY says wind and solar generation are each at a record high.

Among renewable energy sources, only biomass and geothermal experienced declines in the first half of the year, decreasing of 3.0 percent and 1.6 percent, respectively.

SUN DAY says that in stark contrast to the stunning growth rate of renewable sources, coal-generated electricity in the U.S. plummeted by 20.1 percent and nuclear power remained essentially stagnant – registering growth of only 1.0 percent. Electrical generation fueled by natural gas was up by 7.7 percent.

“Renewable energy’s share of net electrical generation for the balance of 2016 may dip a little because electrical output from wind and hydropower sources tends to be highest during the first six months of each year,” explains Ken Bossong, executive director of the SUN DAY Campaign. “Nonetheless, the data thus far is swamping EIA’s earlier forecast of just 9.5 percent growth by renewables in 2016.”