Big-box stores, grocery chains, and shopping centers in North Carolina could cut pollution and save $246 million with rooftop solar, according to a new report. 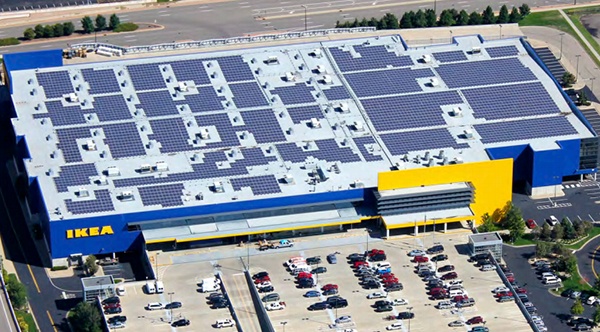 The Environment North Carolina Research and Policy Center analysis, Solar on Superstores, found that Target, Home Depot, and other large retailers could avert 2.2 million metric tons of carbon pollution annually if they used all their available roof space for solar panels.

“Our report shows that rooftop solar on big box stores like Target is good for the environment, good for electricity consumers, and good for business,” said Dave Rogers, Environment North Carolina Director.

The report came as North Carolina continues to see the benefits of solar, including ranking 9th for solar jobs nationally last year.

“Solar offers any business owner the ability to lower their energy bills and hedge against unpredictable rising energy prices. The falling cost of the technology and renewable energy incentives have increased the attractiveness of these investments dramatically,” added Henry Dziuba, Senior VP Commercial and Industrial at Strata Solar. “In addition, the energy savings help to increase the businesses’ profitability as well as add value to our customer’s building at the same time, the system helps to reduce the impact of CO2 emissions both locally and globally.” 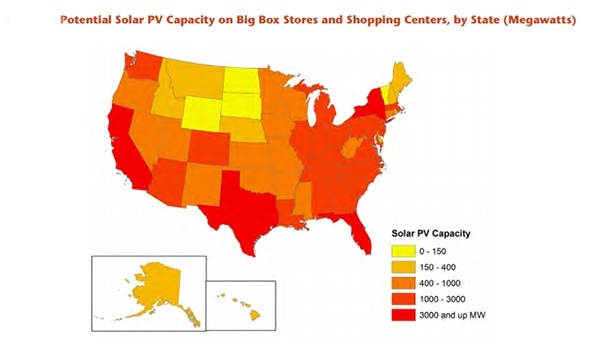 Superstore roofs are perfect locations for solar panels because they are mostly flat and almost always fully exposed to the sun. Producing electricity on rooftops, close to where it will be used, also reduces losses that happen during electricity transmission – losses which, around the country, totaled 5 percent of electricity sales in 2012.

Nationally, the report found solar on superstores could nearly triple U.S. solar capacity, power the equivalent of more than seven million homes, and save businesses $8.2 billion in electricity costs.

In North Carolina solar energy is making a big impact in the community. The state currently ranks fourth in total solar capacity and has added more solar than any state other than California the last two years.

But according to the report, just adding solar on big box stores roofs in North Carolina could power the equivalent of 258,000 homes in the state, and save those companies $246 million per year.

Despite the solar industry’s positive impacts for North Carolina, the General Assembly continues to attack or block policies that would bring more solar to the state. Last year, the General Assembly let the state Renewable Energy Investment Tax Credit expire, and blocked efforts to allow third-party sales, which would allow stores to lease panels from a solar company.

Third-party sales are legal in all but five states, including North Carolina, and has led to an explosion of residential and commercial solar in places like California and New Jersey.

“North Carolina can continue to win with solar energy,” said Rogers. “But we need our elected leaders, like Governor McCrory to lead the way and to stop blocking progress. North Carolina should be doing everything it can stay a national leader in solar.”