Raleigh, NC – Raleigh has more solar panels than most major American cities, ranking 13th among dozens of metropolitan areas analyzed in a new report. The Oak City’s berth in the “solar sweet sixteen,” just behind Albuquerque and ahead of Sacramento, is a result of a significant growth of rooftop solar in the city. 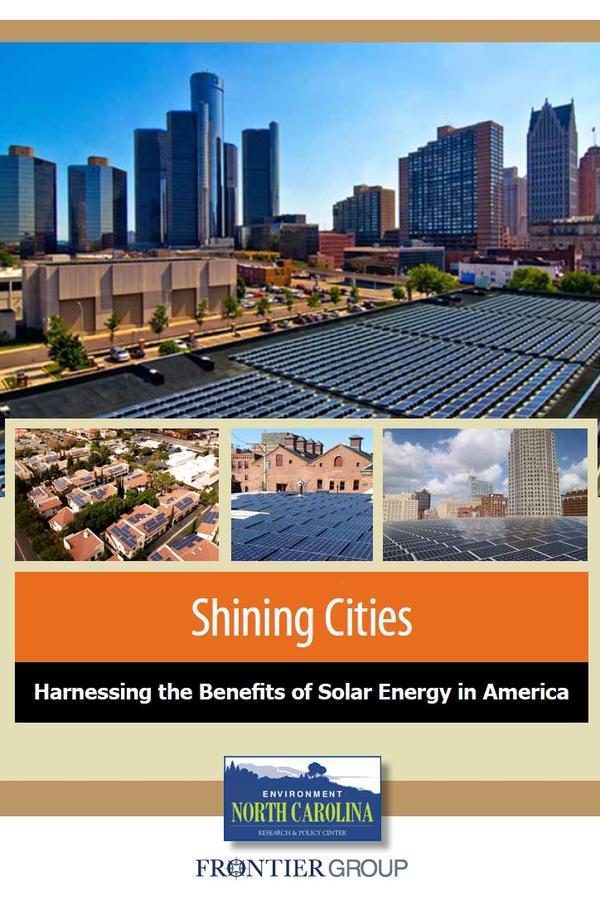 “Raleigh is a star when it comes to solar power,” said Dave Rogers, director of Environment North Carolina. “We hope state leaders and other North Carolina cities will follow the Oak City’s shining example.”

Raleigh topped the list of Southeastern cities, although it remains significantly behind cities like Los Angeles, San Diego and Indianapolis for total solar capacity, according to the Environment North Carolina Research & Policy Center analysis, Shining Cities: Harnessing the Benefits of Solar Energy in America

Solar power is on the rise across the country, with another panel or project installed every three minutes last year. Plummeting costs, increasing public concern over global warming and energy independence, and technological innovation have all played a role in spurring the growth of the pollution-free energy source.

As population centers, cities are home to large electricity markets, and can also have an important influence on the way grids are powered. City Councilor Russ Stephenson said solar power has grown exponentially in Raleigh recently in part due to city initiatives.

“Raleigh has earned many top rankings by making smart investments in our future – investments that will keep our city and our citizens healthy and competitive in the long run,” said Stephenson. “We are proud of being the 11th ranked city in the nation in per capita solar power production. For Raleigh, investing in solar power is a smart business decision. By leading in clean, efficient and renewable solar power, Raleigh continues to brand itself as a highly desirable and competitive 21st century city of innovation.”

“Being a local organization in the Triangle community we felt that we could set a precedent for going green,” said Blake Alford president of CEI. “We installed 615 solar panels, which offset our power consumption by almost 80 percent. While the upfront investment was significant, we expect a ppayback of less than five years. I feel that it was a sound investment.”

According to researchers who examined solar power installations in 70 American cities in nearly every state, Raleigh had enough solar energy online at the end of last year to power just over 2,500 homes.

On a solar-per-person basis, Raleigh also scored well, ranking 11th behind San Antonio. For the second year in a row, Raleigh easily beat Charlotte in the analysis, which lagged well outside the top 20 in both total and per-capita solar installed.

“It’s wonderful to live in a state that last year ranked second in the nation for installed solar and so gratifying to have been a part of it,” said Greg Olenar of NC Solar Now, the company that installed the CEI system. “We put a strong focus on education and working with communities throughout North Carolina and anticipate that it will be this emphasis that helps drive the next phase of solar growth in North Carolina, so even more people gain energy independence.”

“It is exciting to see the solar results for Raleigh and for North Carolina, and exciting to see what opportunity is yet before us,” said Kathy Miller, CEO of Yes! Solar Solutions. While solar farms and megawatt commercial installations have increased our numbers and stature, there is significant growth still to come in residential and small commercial solar systems. Yes! is proud to have installed hundreds of rooftop systems in 2014, and help people overcome the barriers to solar for neighborhoods and communities.” 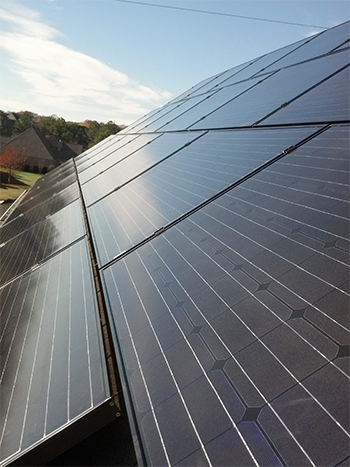 While solar power is growing in North Carolina and throughout the nation, utility companies are campaigning intensely to make it harder to go solar. In fact, Duke Energy is actively fighting against expanding energy competition through third-party sales, and looking to weaken our state’s net metering policies, which requires them to buy back excess power produced from solar.

Environment North Carolina and other advocates urged legislators to reject Duke’s attack on solar, and urged city leaders across the state to follow Raleigh’s example.

“With prices going down and concern about global warming going up, solar power is growing rapidly in our state,” said Rogers. “We need state leaders to expand and continue the policies that allow solar to shine.”’