A national poll of U.S. homeowners commissioned by Clean Edge Inc. and SolarCity says that 74 percent of those surveyed favor continuing federal tax incentives that support the growth of the solar and wind industries. 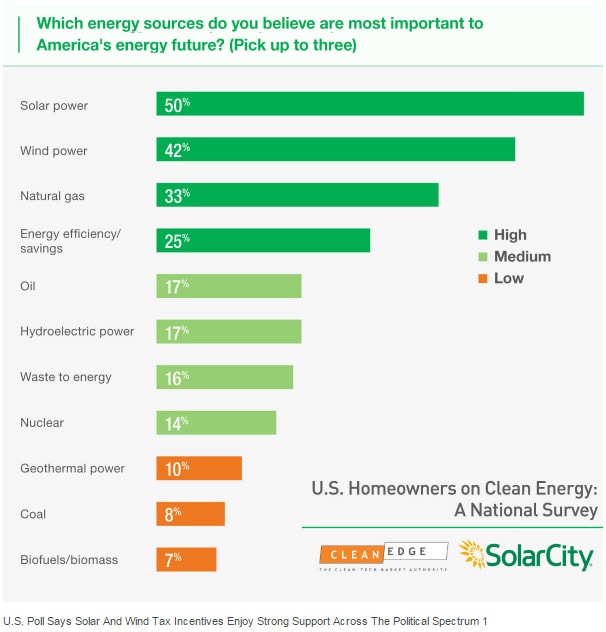 The survey, conducted by Zogby Analytics, finds strong support for the incentives on a bipartisan basis, with 82 percent of Democrats, 67 percent of Republicans and 72 percent of independents expressing such support.

Nearly nine in 10 respondents said renewable energy was important in the U.S. When homeowners were asked to pick which specific energy sources were most important to the nation’s future, solar (50 percent) and wind (42 percent) led the rankings, followed by natural gas (33 percent).

Solar power was the top choice among all major demographic groups including Republicans, Democrats, independents, conservatives, liberals, city and rural dwellers, and youth and the elderly.

Additional findings in the report include the following:

• Cost savings trump environmental concerns, with “saving money” (82 percent) topping the list as the primary reason for purchasing cleantech products and services;
• When making investment decisions, a majority of homeowners say that they consider the social and environmental impact of their investments (52 percent); and
• Support for natural gas and nuclear energy sources decline significantly with younger respondents. 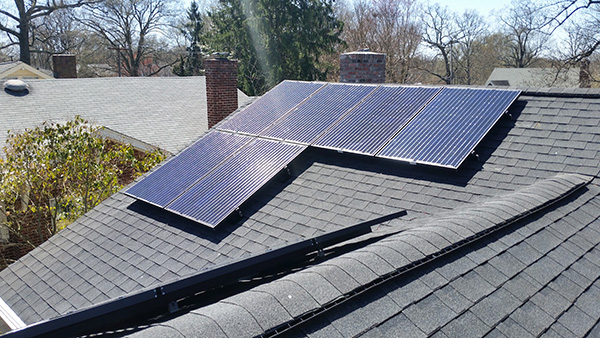 In addition to analyzing results from the public survey, the report also looks at clean energy adoption rates in the U.S. through the end of 2013. The 11-year compound annual growth rates for the purchase of clean energy products and services continue to be in the double digits, with LEED-certified projects at 56 percent, solar photovoltaics at 52 percent, hybrid electric vehicles at 24 percent and utility-scale clean electricity generation at 20 percent.

“There’s a misconception that the nation is divided on its attitudes toward clean energy, but our research shows this to be false,” says Ron Pernick, managing director of Clean Edge and the report’s lead author. “There is broad support for renewables across the political spectrum.”

For example, opposition to solar fees charged by utilities is higher among Republicans (66 percent) than Democrats (59 percent), he adds.

1,400 U.S. homeowners participated in the survey. Respondents were randomly selected to answer questions about renewables, energy efficiency, clean transportation, green investing, conventional energy sources, electric utilities and other related topics. All interviews were completed in late January 2014. The margin of error for the survey is +/- 2.7 percentage points.

The report, “U.S. Homeowners on Clean Energy: A National Survey,” is available for download here.