New analysis from Bloomberg New Energy Finance (BNEF) says that the leveled cost of electricity (LCOE) for solar photovoltaic and onshore wind power technologies is approaching parity with gas-fired and coal-fired generation – and is even on par in certain markets. 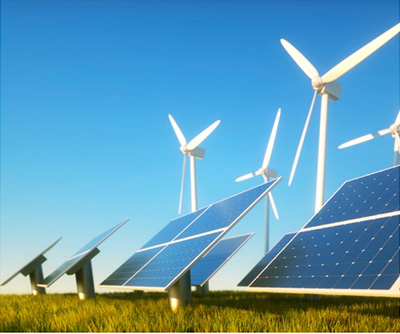 LCOE represents the cost of generating a megawatt-hour as a function of the total cost of financing, designing, building, operating and maintaining the plant over its lifetime.

The dynamics of LCOE in varioBy Michael Puttre, Solar Industry Magazineus regions are subject to a wide variety of factors, such as utilization rates, fossil fuel extraction techniques, incentives, carbon pricing, and the costs of renewable technologies and project financing. In particular, BNEF’s analysis shows that carbon pricing and lower utilization rates are largely responsible for the increase in fossil fuels costs in Europe. The absence of corresponding carbon pricing mechanisms in the U.S. is one reason the LCOE for fossil-fueled plants remains below those of renewables – at least for now.

Jacqueline Lilinshtein, an associate at BNEF specializing in finance and energy economics, says the good news is that the LCOE for renewables in Europe is becoming more attractive, even though incentives such as feed-in tariffs and carve-outs are weakening or fading away entirely. “This is the first time in the U.K. and Germany where wind is competitive with gas without any policy or subsidy,” she says. “This means that you are going to see less of a need for them.”

Lilinshtein explains that carbon pricing policies in Europe are not specifically designed to promote the deployment of renewable energy generation. Rather, the pricing is focused on reducing carbon dioxide emissions.

However, it seems that an increase in the price in carbon would have the effect of reducing demand for electricity through higher rates. People are going to use less energy, use it more efficiently or demand electricity from non-carbon sources.

Until carbon pricing works its way into LCOE calculations in the U.S. through the auspices of the Environmental Protection Agency’s Clean Power Plan, cap-and-trade systems or carbon taxes, the emphasis is going to remain on cutting costs for renewable generation. Although the golden age of cost reductions may be behind us, Lilinshtein says many opportunities remain to bring down LCOE – for solar, at least.

“The margins are very thin everywhere – nowhere more so than in manufacturing,” Lilinshtein says. “But, it doesn’t have to be necessarily on the manufacturing side. There are opportunities to reduce soft costs, such as installation, project development and permitting costs.”

Although there are no forecasts in the BNEF report, Lilinshtein says the LCOE for solar power is going to continue to become more attractive. An interesting aspect of the U.S. market is that it is essentially a vast collection of markets with 50 states and thousands of utilities. This makes it difficult to generalize.

“Solar is probably the biggest thorn in the utilities’ sides,” she says. “They realize solar is here now. There are no ifs, ands or buts about it. The question is, how are they going to adapt to it? Some will figure out how to live with solar and profit from it. Others will fight as hard as they can and use any means necessary to stop solar growth.”

On the wind side, BNEF does not anticipate any significant reductions in the cost of onshore wind technologies. However, there are opportunities to increase output, such as through the introduction of taller poles for turbines that enable them to reach higher. “You catch more wind higher up,” Lilinshtein says. “That extra output makes the total LCOE go down.”