In a new study, the U.S. Department of Energy’s (DOE) National Renewable Energy Laboratory (NREL) used high-performance computing capabilities and innovative visualization tools to model how the power grid of the eastern U.S. – one of the largest power systems in the world – could operationally accommodate higher levels of wind and solar photovoltaic generation. NREL says the analysis considered scenarios of up to 30 percent annual penetration of wind and solar. 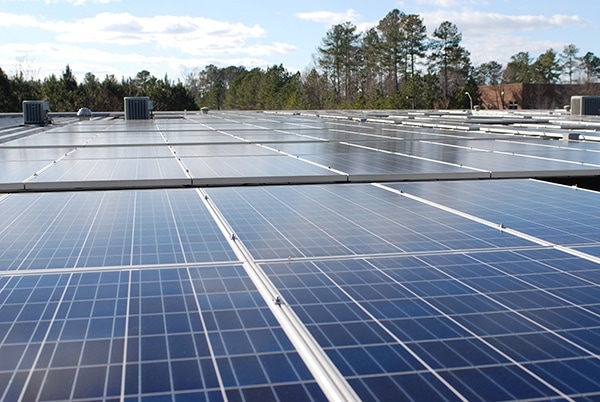 “By modeling the power system in depth and detail, NREL has helped reset the conversation about how far we can go operationally with wind and solar in one of the largest power systems in the world,” says Charlton Clark, a DOE program manager for the study.

He explains that the report can give “power system planners, operators, regulators, and others the tools to anticipate and plan for operational and other important changes that may be needed in some cleaner energy futures.”

For the study, NREL produced a high-resolution model of the entire Eastern Interconnection, including Canada. NREL modeled more than 5,600 electricity generators and more than 60,000 transmission lines in a power system that spans from Florida to Maine, in portions of Canada and as far west as New Mexico.

ERGIS considered four hypothetical scenarios to analyze how the Eastern Interconnection might function in 2026 when the power system could have significantly less power generation from fossil fuels.

The scenarios vary according to how wind, solar and natural gas are used to replace the fossil fuel generators, and they also differ according to the number of new transmission lines that are assumed.

Simulations occur in a modeling framework that mirrors the security constrained unit commitment (SCUC) and economic dispatch (SCED) process used by system operators. The SCUC and SCED determine the operation of the power system according to a variety of constraints, including marginal costs and defined operating reserve requirements, the report says.

NREL notes that capital costs, land use and siting, market design, gas pipelines, and other factors that would need to be addressed under the scenarios were not considered. In addition, the study did not look at all aspects of reliability considered by system planners and operators, including system dynamics and AC power flow. 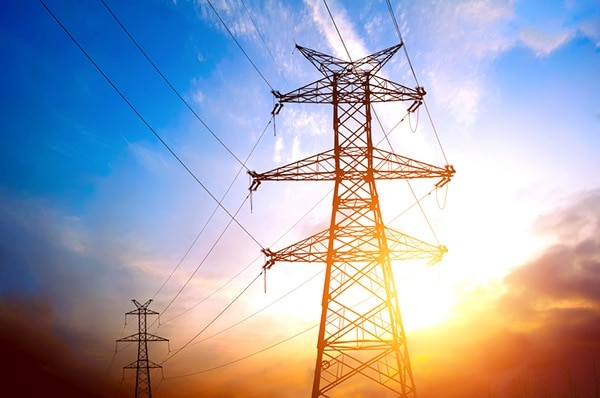 “Our work provides power system operators and regulators insights into how the Eastern Interconnection might operate in future scenarios with more wind and solar energy,” says Aaron Bloom, NREL’s project leader for the ERGIS study. “More importantly, we are sharing our data and tools so that others can conduct their own analysis.”

Among other findings, ERGIS shows that as wind and solar power generation increase, the following occurs:

– The operation of traditional power sources (such as coal, natural gas and hydropower) changes by turning up or down more quickly to accommodate seasonal and daily variations of wind and solar in order to maintain the balance between demand and supply. In addition, traditional generators would likely operate for shorter periods of time as wind and solar resources meet more of the demand for electricity.

– Flows of power across the Eastern Interconnection change more rapidly and more frequently. During periods of very high wind and solar generation (e.g., 40 percent or more of daily load), model regions trade frequently and in large volumes according to new net load patterns.

According to the study, regulatory changes, market design innovation and flexible operating procedures are important to achieving higher levels of wind and solar. Looking at a year of operations at a five-minute level, ERGIS shows that the power system can meet loads with variable resources – like wind and solar – in a variety of extreme conditions.

However, technical feasibility depends on other transmission and generation operators that provide the necessary ramping, energy and capacity services; wholesale market design changes; and various capital expenditures – all of which will have financial and other implications that may need to be addressed and were outside of the study, says NREL.

Other findings from the analysis include as follows:

– The maximum penetration of wind and solar was 60 percent over a five-minute interval;

– The maximum annual curtailment of wind and solar was 6.2 percent;

– Over the baseline scenario, CO2 emissions were reduced by up to 33 percent annually in the high wind and solar scenarios.

The study was funded by the DOE’s Office of Energy Efficiency and Renewable and the Office of Electricity Delivery and Reliability.

The full ERGIS report and accompanying tools are available on their website.