Across the U.S., regulators and legislatures have been trying – and generally failing – to reconcile the conflicting demands of utilities and solar sector advocates over photovoltaic power. A group of analysts from the North Carolina State University’s Clean Energy Technology Centerand Meister Consultants Group says too much energy is being spent on the wrong arguments.

A new report, prepared with the support of the U.S. Department of Energy’s SunShot Initiative, says the issue needs to move away from regional battles over net-metering and toward comprehensive, broadly acceptable principles from public for utility rate design.

If that sounds like a tall order, Jim Kennerly, senior policy analyst at the N.C. Clean Energy Technology Center and lead author of the report, says a three-pronged strategy incorporating revenue decoupling, minimum monthly bills and time-of-use pricing will enable utilities to recover costs without imposing fees and other hardships on solar customers.

As Kennerly sees it, the main bone of contention between the utility and solar advocate camps over net metering is whether distributed PV is to be regarded as a cost or benefit, invariably, whether before public utility commissions (PUCs) or, interestingly, the court of public opinion, utilities argue that rooftop solar shifts costs onto non-solar ratepayers, while PV advocates counter that utilities are failing to take the true value of solar into account.

Incorporating the value of solar, with its hard-to-quantify environmental benefits and infrastructure-deferring generation capacity close to the load, has been the most recent flank march staged by solar advocates. Earlier this year, the Minnesota PUC took a step toward quantifying the societal benefits of distributed generation solar power when approved a standard methodology for calculating the value of solar developed by the state’s Department of Commerce. 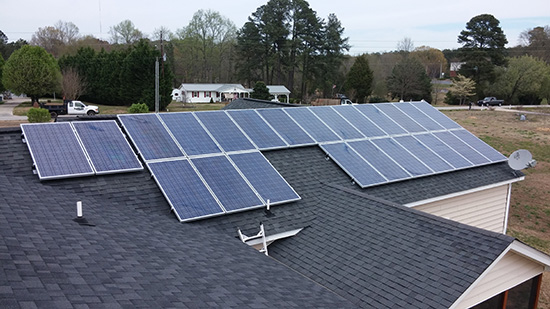 Nevertheless, other PUCs have since demonstrated that value of solar considerations are a long way from becoming standard features of regulatory decisions.

Borrowing a page from “Getting to Yes,” that negotiating primer from the deal-friendly 1980s, Kennerly says the parties need to focus on interests, not positions. Most of the wrangles over net metering that accompany arguments before PUCs center on costs, value and who might be getting a free lunch.

“Utilities talk about cost-shifts,” Kennerly says. “But their interest is in making money and making sure that they are viable as time goes on, which is totally legitimate. They’re public utilities. But there is also the public interest in trying to advance new technology. Clean technology.”

The N.C. Clean Energy Center/Meister report is an attempt to reconcile these interests – along with the interests of the solar sector to grow and thrive. The SunShot Imitative supports the effort as a means of reducing solar soft costs, which is beneficial for ratepayers and taxpayers alike. At the same time, the recommendations suggest a way utilities can shift toward getting the fixed-cost revenue they need while changing their role as time goes on. 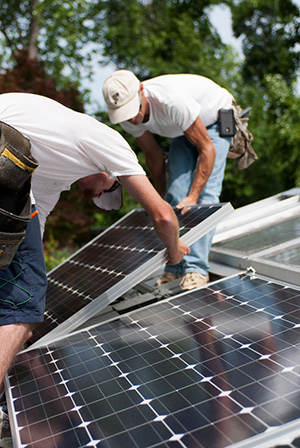 As Kennerly envisions it, rate decoupling is the key mechanism by which utilities can recover their costs and serve their shareholders without placing barriers in the way of solar development. This essentially removes the sale of electricity as the primary drivers of the utility’s revenue stream. Under the policy, a utility goes before the PUC with an explanation of how much money it wants to make based on its assets, rate basic and other factors, such as how many customers it has and how much electricity those customer using.

“A lot of clean energy and energy efficiency advocates are very much in favor of this because what it lets the utility do is make its revenue requirement without having to sell as much electricity,” Kennerly says. “It gets rid of the throughput incentive.”

The excepted and PUC-approved revenue amount is assured by means of the minimum bill, which enables utilities to collect distribution feel, even from solar customer who would otherwise zero-out their electric bills. According the the N.C./Meister report, PUC involvement through a revenue decoupling policy is essential for a minimum bill to remain reasonable and equitable.

The report’s third key recommendation, phasing in time-of-use electricity pricing, is designed to avoid the cost shifts that attend price averaging. Kennerly points out that most people use electricity at a flat rate that represents the average cost of serving them. Billing rates based on costs at the time of use would enable PV customers to avoid periods of peak usage while still paying their fair share for what they do use.

“All of these recommendations are intended to be first steps before you look at fees or charges on PV, if you do at all,” Kennerly says. “This addresses the biggest cost shifts before you start looking at the little cost shifts, like net metering – if it is a cost shift at all.”