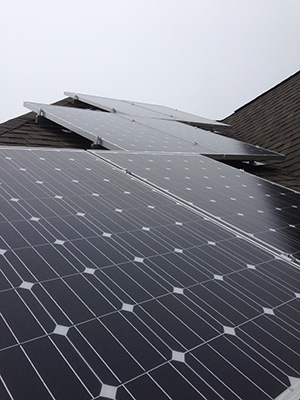 Raleigh, NC – Over the last few years North Carolina has emerged as a national leader in solar power. But according to a new report by Environment North Carolina Research & Policy Center titled “ Lighting The Way,” the story might not be as bright as often told. While North Carolina ranks fourth for solar installation in terms of overall capacity, the state ranks tenth per capita, behind cloudier states like New Jersey and Massachusetts. The report emphasizes that it is not availability of sunlight that makes states solar leaders, but the degree to which state and local governments have created effective public policy to help capture the virtually unlimited and pollution-free energy from the sun.

North Carolina’s solar capacity more than doubled in in 2014, bringing the total capacity to 557 megawatts. Growth in the number of large scale “solar farms” built across the state is mostly responsible for the increase. North Carolina lags behind other leaders in residential and commercial rooftop systems installed.

“Solar energy is emerging as a go-to energy option here in North Carolina which exciting,” said Dave Rogers, field director with Environment North Carolina. “But there is so much more we can do. Solar panels on every possible rooftop means pollution-free power that will never run out. Solar power can also play a key role in North Carolina’s fight against global warming and meeting the requirements in the Clean Power Plan.” 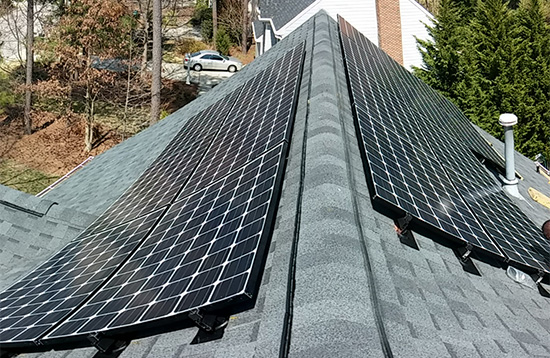 And as the solar industry grows, the cost for installed solar decreases, making it more accessible. The price of installed solar systems fell 60 percent between the beginning of 2011 and the end of 2013. Jobs in the solar industry are also growing rapidly. In 2013, there were more than 140,000 solar jobs in the U.S., including 3,100 in North Carolina.

The report recommends several policies adopted by other leading solar states that would help more North Carolina homeowners and businesses to “go solar:”

“Solar is shining brightly in North Carolina,” said Rogers. “But we have so much more potential. We look forward to working with North Carolina’s leaders to put solar on top of every possible home, school and business.”