The Top 500 Solar Contractors List is developed by Solar Power World magazine to recognize the work completed by solar contractors across the U.S. and Canada. The companies on the list are growing the economy, providing jobs and offering electricity consumers a choice about how they get their power. The list was released July 26.

“The companies on this year’s list exude solar-business brilliance, and they deserve to be recognized not only for being great companies, but also for how their work positively impacts the environment,” said Kathie Zipp, managing editor of Solar Power World. Solar energy is a renewable resource with great potential to significantly reduce our nation’s greenhouse gas emissions, according to the Solar Energy Industries Association, a national solar industry association.

NC Solar Now employs 25 workers, who installed 1.9 MW of solar in 2015. Since its founding in 2010, the company has installed 4.5 MW of solar. The company is dedicated to providing renewable energy options for consumers while educating them on how to save money in the process. 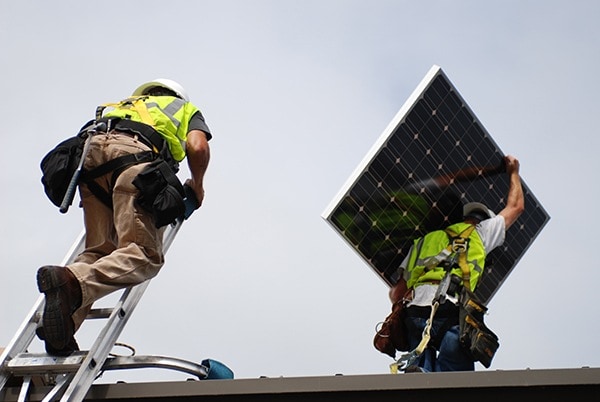 “We are proud to be amongst such esteemed companies that are dedicated to making a positive impact in the solar energy industry,” said NC Solar Now President Steve Nicolas. “We are thrilled to be recognized as the top rooftop solar contractor in the state, and we know that we will continue to grow and bring energy independence to even more people and businesses in North Carolina.”

NC Solar Now works amid a burgeoning business market. The U.S. solar market is expected to grow 119% this year, according to global research firm GTM Research. While a majority of solar electricity is produced at large, utility-scale solar power plants, the greatest number of solar jobs are located with companies like NC Solar Now—firms doing the work to bring clean energy to the public.

“The heart and soul of our company lies in showing the residents and business owners of North Carolina that when they choose to go solar, they not only save money for years to come, but that choice also has a lasting impact on the environment,” said Nicolas.

“No one can deny that local companies are supporting the growth of the solar industry and the economy as a whole,” Zipp said. “Our Top Solar Contractors are the face of the industry—meeting homeowners and business leaders on doorsteps every day.”

About NC Solar Now:
NC Solar Now is locally owned and is one of North Carolina’s leading solar power installers. Located in Raleigh, NC, it serves homeowners, businesses, and nonprofits with energy efficiency solutions across North Carolina. NC Solar Now is dedicated to providing renewable energy options for consumers while educating them on how to save money in the process. They envision energy independence for everyone and are committed to delivering outstanding service to its customers.

About Solar Power World:
Solar Power World (SPW) is the leading online and print resource for news and information regarding solar installation, development, and technology. Since 2011, SPW has helped solar contractors—including installers, developers and EPCs in all markets—grow their businesses and do their jobs better. SPW is published by WTWH Media in Cleveland, Ohio.