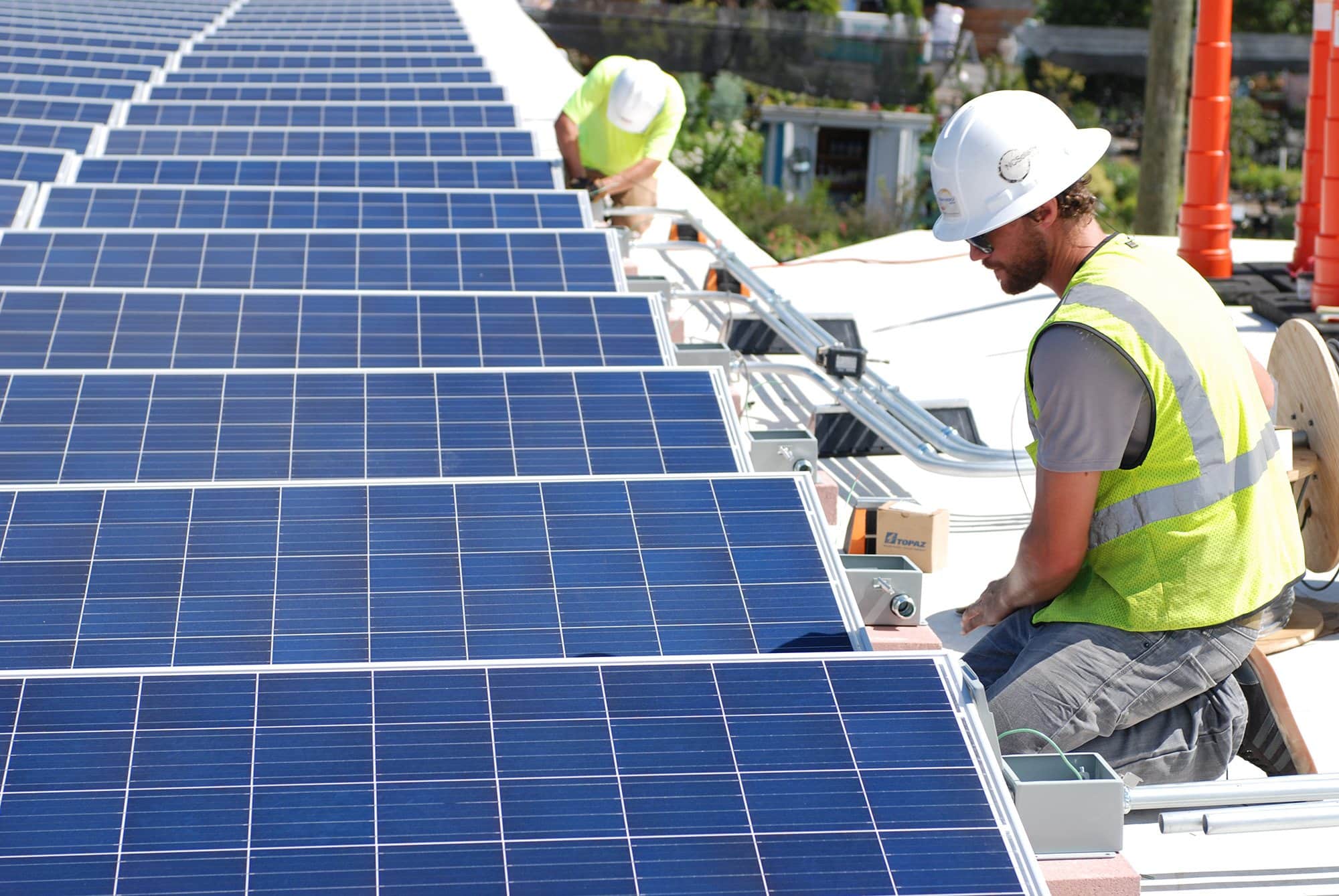 Logan’s has been in business since 1965 and sustainability has always been part of its mission. The nursery recycles its plastic plant trays and cardboard and its structures, such as the greenhouse and gift shop, make the most of natural light, saving on electricity. On an annual basis, their 396-panel system will produce 167.393 kWh of power. Over the course of a year that’s the equivalent of offsetting 118 tons of carbon or planting 111 acres of U.S. forest.

“We are thrilled to see a landmark Raleigh business like Logan’s make the choice to go solar,” said NC Solar Now Director of Sales Greg Olenar. “They are already a green business that is essentially working as an environmental steward, so solar is a natural fit for them.”

Logan’s was able to take advantage of federal tax incentives for the solar array, plus generating their own electricity made perfect business sense. “We wanted to go solar because it was a green solution. It fit right in with our desire to contribute to the community, conserve our resources, and act responsibly as a company,’ said Robert Logan.

The building was originally the former Seaboard Train Station and the long canopy that runs along the train tracks have mostly been used for covered storage since Logan’s moved to that location in 1991. Now the canopy supports a solar array that is capable of producing enough electricity to power the whole building. 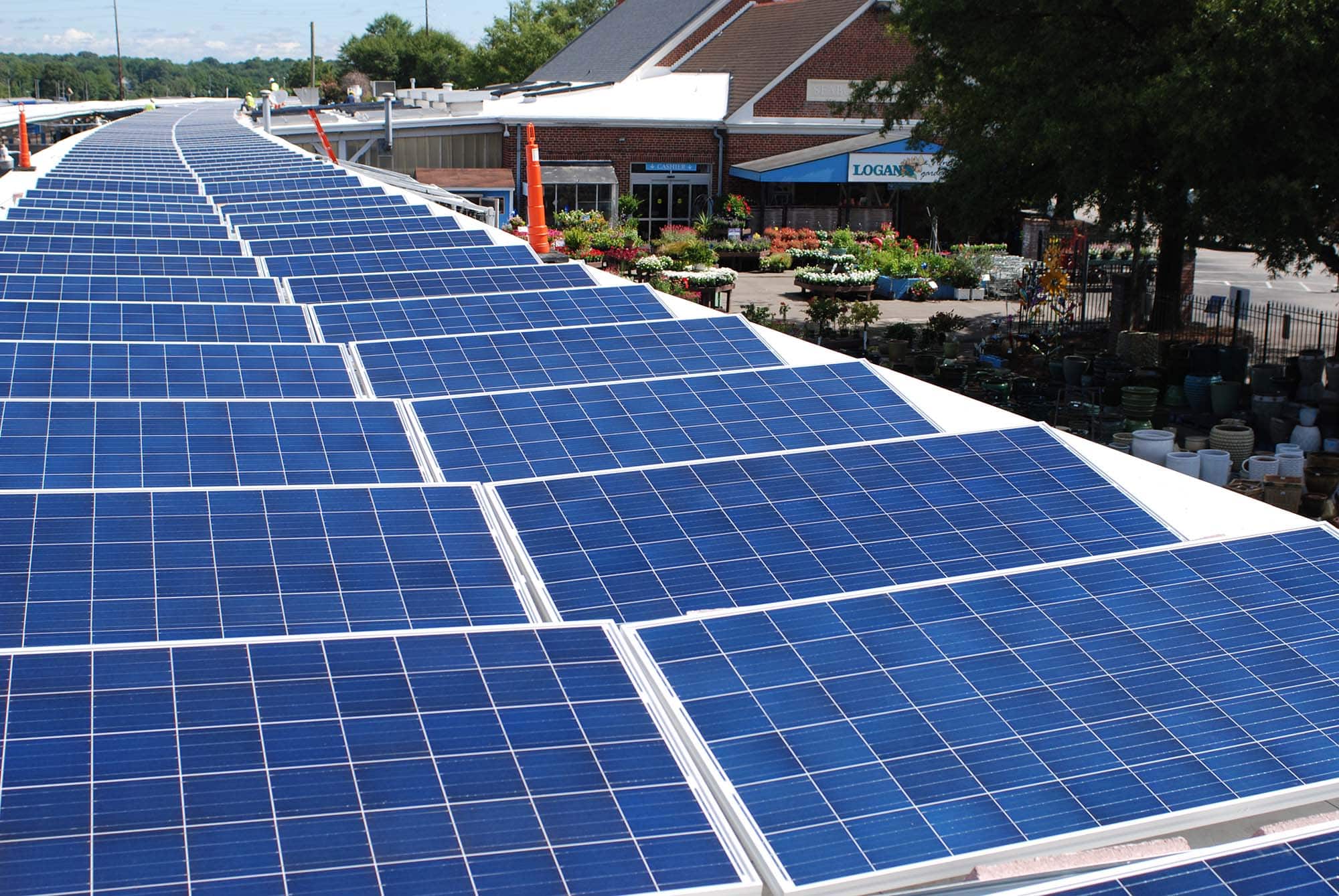 While the canopy seemed to make an ideal place for solar panels, it did pose some challenges. “The existing train platform dictated that the system be restricted to rows of two modules stretching the 1,000-foot length while maintaining a slight curve for the entire platform,” said NC Solar Now Operations Manager Karl Stupka. “The specific Panel Claw racking system was chosen for its ability to accommodate the slight curvature, as well as being engineered to handle increased wind loads without excessive ballast weight.”

Conducting the solar installation during business hours also required careful coordination. However, the overall design and installation of the solar array went smoothly and even created quite a buzz around the garden center. “Many customers have come up to us in the store and thanked us for moving toward sustainability,” said Leslie Logan. “They truly appreciate Logan’s for taking that step.”

The Logan family considered going solar for the past few years and thought that the timing now was just right to take that step. The expected return on investment is about 11 years. “The folks at NC Solar Now helped us to take advantage of the incentives, dealt with all the paperwork, and they even installed the system with no disruption to our business. We couldn’t ask for a better company to help us go solar,” added Robert Logan.

“As a long-standing family-owned business, Logan’s is ensuring a cost-effective renewable energy supply for years to come and for future generations to use, said Olenar. “We commend Logan’s for being an environmental leader in the community by recognizing the long-lasting benefits of solar energy for their business.”

About NC Solar Now:
NC Solar Now is locally owned and is North Carolina’s leading rooftop solar power installer. Located in Raleigh, NC, it serves homeowners, businesses, and nonprofits with energy efficiency solutions across North Carolina. NC Solar Now is dedicated to providing renewable energy options for consumers while educating them on how to save money in the process. They envision energy independence for everyone and are committed to delivering outstanding service to its customers.