Bank of America, Apple, Wells Fargo & Co., and General Motors (GM) are some of the latest big-name companies to join RE100, a global collaborative initiative of businesses committed to using 100 percent renewable electricity. Most of the new members officially announced their commitments during Climate Week NYC. 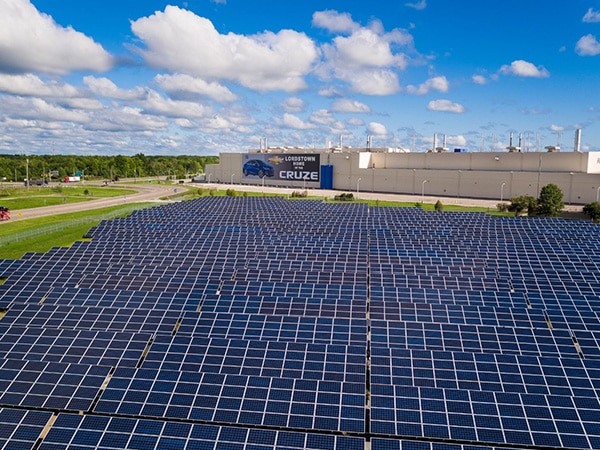 During the event’s opening ceremony on Monday, Bank of America revealed it will aim to become carbon neutral and purchase 100 percent renewable electricity for its operations by 2020. Furthermore, the bank says it will work to reduce location-based greenhouse-gas (GHG) emissions by 50 percent, energy use by 40 percent, and water use by 45 percent in its operations across the globe by the end of this decade. According to the company, these new commitments build on the success of the bank’s 2015 operations goals and the deployment of its $125 billion environmental business initiative.

“Addressing global issues like climate change and the transition to a sustainable and low-carbon future takes collaboration, innovation, and investment,” said Anne Finucane, vice chairman of Bank of America. “The expansion of our operational goals to 2020, achieving carbon neutrality, and the purchase of 100 percent renewable electricity build on our existing environmental commitment and responsible growth strategy.”

From 2010 to 2015, the company reduced its GHG emissions by 37 percent, primarily through implementing energy efficiency projects, consolidating space and leveraging a less-carbon-intensive grid. To achieve carbon neutrality, the bank will continue to scale its energy efficiency and conservation efforts, purchase 100% renewable electricity, and utilize carbon offsets.

“Bank of America continues to demonstrate its commitment to the environment by joining RE100 with a goal to reach 100 percent renewable electricity by 2020,” said Amy Davidsen, North America executive director at The Climate Group, which leads RE100. “One company can make a significant and positive impact on the environment, but collective action is key, and we believe Bank of America will inspire more to follow suit.”

Already an established leader in renewable energy, with 93 percent of its global operations in 23 countries running on renewable power last year, technology giant Apple announced it, too, is joining RE100 and is committed to reaching the 100 percent mark. The Climate Group says Apple is most interested in working with RE100 on pushing renewable energy into supply chains.

The Climate Group adds that last year, Apple launched a clean energy program to help its manufacturing partners in China to lower their carbon footprint. It is now working with them to install more than 4 GW of new clean energy worldwide by 2020, and during Climate Week NYC, Apple announced that its plastics supplier Solvay SA and phone casing supplier Catcher Technology would both work to use 100% renewable energy by the end of 2018. 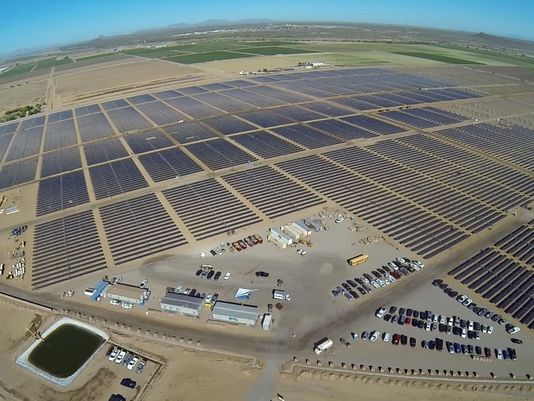 “Apple is committed to running on 100 percent renewable energy, and we’re happy to stand beside other companies that are working toward the same effort,” said Lisa Jackson, Apple’s vice president for environment, policy and social initiatives, during the opening ceremony. “We’re excited to share the industry-leading work we’ve been doing to drive renewable energy into the manufacturing supply chain and look forward to partnering with RE100 to advocate for clean energy policies around the world.”

Wells Fargo & Co. also joined RE100 during Climate Week NYC. Mary Wenzel, senior vice president and head of environmental affairs at Wells Fargo, said, “Learning from RE100 experts and other members is going to be critical as we work toward meeting our 2020 sustainability commitments, including our goal of powering 100 percent of our global operations with renewable electricity by 2017 and transitioning to long-term agreements that directly fund new renewable electricity projects by 2020.”

In addition, VF Corp. – owner of several apparel and footwear brands, including The North Face, Timberland and Wrangler – announced its RE100 membership and a 100 percent by 2025 renewables goal.

“Climate change is the defining issue of our generation, and it’s incumbent upon us as large global businesses to take action and lead by example,” commented Letitia Webster, vice president of global corporate sustainability at VF Corp.

Prior to the Climate Week NYC event, GM also announced it was joining RE100, and the automaker plans to generate or source all electrical power for its 350 operations in 59 countries with 100 percent renewables by 2050. GM says its new RE100 pledge, along with the pursuit of electrified vehicles and efficient manufacturing, is part of the company’s overall approach to strengthening its business, improving communities and addressing climate change.

GM Chairman and CEO Mary Barra said, “This pursuit of renewable energy benefits our customers and communities through cleaner air while strengthening our business through lower and more stable energy costs.”

According to GM, the company has 22 facilities with solar arrays, three sites using landfill gas and the four aforementioned facilities that will soon benefit from wind. In addition, GM is in the process of adding 30 MW of solar arrays at two facilities in China.

Over 80 companies worldwide, including BMW, Coca-Cola, IKEA, and Google, have joined RE100 so far, and the number of participants is expected to keep growing.

Damian Ryan, acting CEO of The Climate Group, welcomed the new commitments: “Dozens of world-leading companies joining RE100 are showing there’s a clear business case to invest in cleaner energy pathways that will accelerate the transition to net-zero emissions economies. Investors and policymakers must respond to rising corporate demand and ensure that supportive policies are in place.”

Photo courtesy of GM: A 2.2 MW solar array powers 1.5 percent of GM’s Lordstown assembly plant in Ohio, the home of the Chevrolet Cruz.