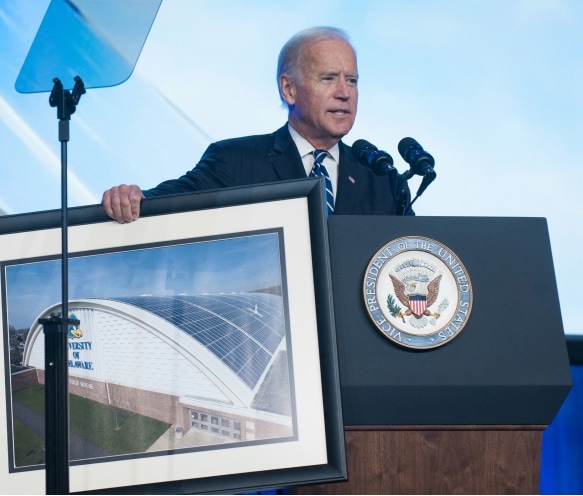 U.S. Vice President Joseph Biden addressed the general session of the Solar Power International conference in Anaheim, Calif., on Wednesday. He brought a message of federal support for solar power to an enthusiastic crowd.

If his talking points about the importance of the solar sector to the U.S. essentially repeated those of the Solar Energy Industries Association, Biden did not seem uncomfortable. “I know you know all this, but the press is here,” he quipped at one point. The audience ate it up.

The vice president was more at home expressing his clearly deeply felt belief in the transformative power of solar energy. Brandishing a framed photo of a solar installation on the field house of his alma mater, the University of Delaware, Biden recalled how early efforts in developing practical solar technology have evolved into an important factor in the nation’s future.

“More Americans are appreciating the importance of solar,” he said. “It’s happening exponentially across the country.”

Biden did not claim full credit for the expansion of solar power during the Obama administration. However, he did point with pride at its efforts to help the process along. Solar installations have increased about 50 percent per year since 2008, he said. The much maligned Recovery Act invested $90 billion in renewable energy technology and expanded tax credits for renewable energy projects. Biden said these efforts had a direct impact on the solar sector and supported the livelihoods of many of the people in the audience.

“In that terrible time after the recession when banks weren’t lending, our efforts ignited a whole new solar industry,” he said, adding that it is now competitive with fossil fuels. “The cost of solar power is at an all-time low.” 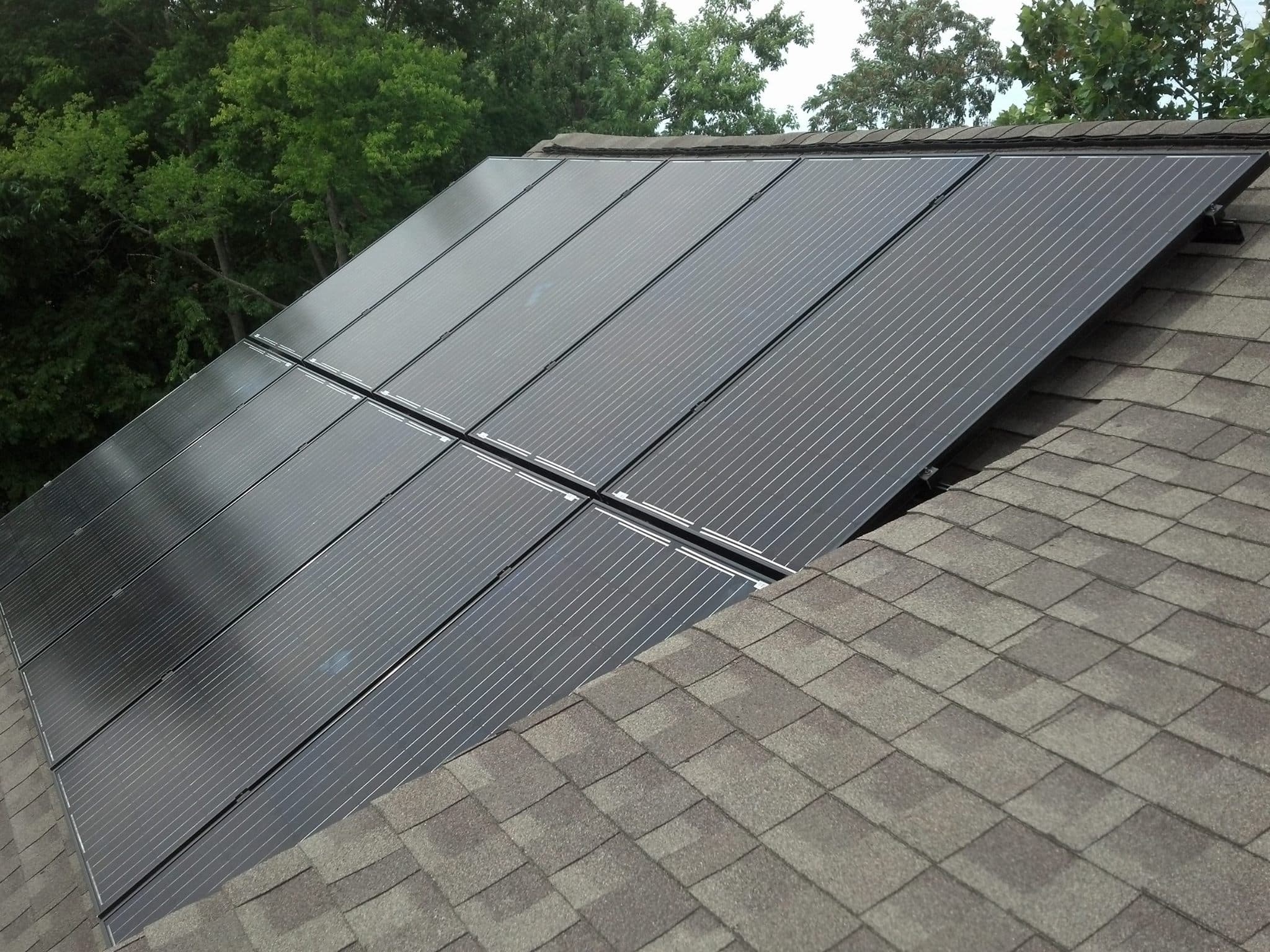 Biden said President Obama’s Climate Action Plan is taking aim at the single most egregious producer of carbon emissions in the U.S. – fossil-fueled power plants, particularly those that burn coal. Though the plan promises to have a transformative effect on renewable energy, it will also produce winners and losers in the economy. If the solar sector can count itself among the likely winners, it should spare a thought for coal miners and others that seem destined to lose out.

The government needs to lead on climate-change regulations in order to help move the world in the right direction on the issue.

“Our ability to lead the world depends not on examples of our power, but in the power of our example,” Biden said.

The role of government was front and center in the address. Biden announced $120 million in renewable energy funding, including competitive grants through the SunShot Initiative open to companies, universities and research laboratories to focus on expanding solar power in the U.S. The goal is to reduce the cost of solar by 75 percent by 2020. He listed a number of other Department of Energy priorities to improve the energy transmission and distribution infrastructure to enable increased penetration of solar and wind power. Ultimately, Biden said, the purpose is to give Americans more energy choices.

“These are not government mandates,” he said. “It’s the market working.”