After Historic 2016, What’s Ahead for the U.S. Solar Market?

Following a record-breaking 2016, the total installed U.S. solar capacity is poised to nearly triple over the next five years, according to the U.S. Solar Market Insight 2016 Year-in-Review report. However, that includes a 10 percent slump in 2017. 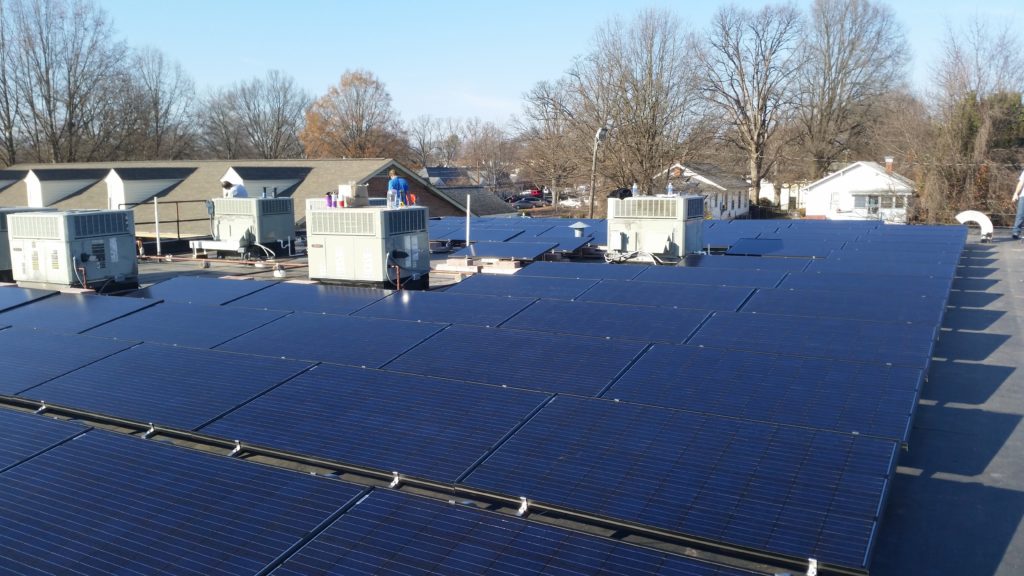 After providing an encouraging preview of the report last month, the Solar Energy Industries Association (SEIA) has officially launched the new study in partnership with GTM Research. The report offers even more stats behind the U.S. industry’s historic year, as well as provides new forecasts for what lies ahead.

As SEIA previously revealed, the U.S. solar market had its biggest year yet in 2016, nearly doubling its previous installation record and adding more electric generating capacity than any other source of U.S. energy for the first time ever. Notably, though, the newest data says the U.S. added 14.8 GW of installed capacity in 2016, up from the previous tally of about 14.6 GW.

Adding to those findings, the report offers a stunning statistic – one new megawatt of solar PV capacity went online in the U.S. every 36 minutes last year.

The report adds that 22 states each installed more than 100 MW in 2016, up from just two states in 2010. The report notes there was high growth in states that are not known for their solar market, including Georgia, Minnesota, South Carolina, and Utah.

On average, the report continues, U.S. solar PV system pricing fell by nearly 20 percent in 2016. This is the greatest average year-over-year price decline since GTM Research began modeling pricing in this report series.

“It would be hard to overstate how impressive 2016 was for the solar industry,” said Abigail Ross Hopper, SEIA’s president, and CEO. “Prices dropped to all-time lows, installations expanded in states across the country and job numbers soared.”

Looking ahead, the report forecasts that an impressive 13.2 GW of solar PV will be installed in the U.S. in 2017. Although that is a 10 percent drop from 2016, the figure still represents 75 percent more than what was installed in 2015, the previous record year.

According to the report, the dip will occur solely in the utility-scale market, following the unprecedented number of utility-scale projects that came online in the latter half of 2016, most originally scheduled for completion before the original expiration of the federal investment tax credit, which has since been extended. By 2019, the utility-scale segment is expected to rebound, with year-over-year growth across the board.

At 19 percent, U.S. residential PV saw its growth slow in 2016 from record growth in 2015 – which the report says was due to second-half slowdowns in a handful of established state markets, offset somewhat by the emergence of several new state markets. The report says the residential segment is slated to grow 9 percent in 2017.

California, which has historically accounted for nearly half of the U.S. residential market, is expected to decline in 2017; however, 36 of the 40 tracked states will grow year-over-year, the report notes.

“Though utility PV will reset from an origination perspective starting in 2017-2018, distributed solar is largely expected to continue to grow over the next few years due to rapid system cost declines and a growing number of states reaching grid parity,” says Corey Honeyman, associate director of GTM Research. “That said, ongoing NEM and rate design battles – in conjunction with a declining incentive environment for non-residential PV – will continue to present risks to distributed solar growth.”

By 2019, the report says, the U.S. solar market is expected to resume year-over-year growth across all market segments, and by 2022, more than 18 GW of solar PV capacity will be installed annually, with 24 states being home to more than 1 GW of operating solar PV, up from nine today.

According to the report, total installed U.S. solar capacity, including mostly PV and some concentrating solar power, is expected to grow from about 42.4 GW in 2016 to around 111.1 GW by the end of 2021.

“The bottom line is that more people are benefiting from solar now than at any point in the past, and while the market is changing, the broader trend over the next five years is going in one direction – and that’s up,” concludes Hopper.