Earlier this year, North Carolina became just the fourth state in the nation to top 1,000 megawatts (MW) of installed solar capacity, trailing only California, Arizona and New Jersey as America’s solar leaders. But despite the state’s rapid progress, the looming expiration of the federal investment tax credit (ITC) for solar energy is creating angst in the marketplace, threatening to eliminate good-paying jobs statewide. It’s no coincidence that North Carolina is ranked No. 1 in the entire South in installed solar capacity.

Effective public policies, like the state’s investment tax credit (ITC), renewable energy portfolio standards (RPS) and the federal ITC, are paying huge dividends for the state’s economy, creating thousands of new jobs and generating hundreds of millions of dollars a year in economic activity. Powered by a booming utility-scale market, North Carolina added 58 MW of new solar capacity in the first quarter of this year, bringing its statewide total to 1,011 MW – enough to power nearly 110,000 homes. Most impressively, the 58 MW added represents a robust 66 percent increase over the same quarter last year.

The report went on to point out that North Carolina had increases in Q1 across all solar sectors, with installed residential and commercial system prices dropping 12 percent in the last year – and down nearly 50 percent since 2010. All totaled, $95 million was invested in North Carolina in the first quarter in new solar installations – and $747 million since the beginning of 2014.

A lot of this economic activity is a direct result of the federal investment tax credit. Consider what’s occurred since it was enacted in 2006: 150,000 new solar jobs have been added across America; enough new solar has come online to power 4 million homes; more than $66 billion has been invested in new solar installations; and one third of all new electricity added to the U.S. grid last year came from solar.

North Carolina has benefitted greatly from this ramped up activity, with thousands of new jobs being created statewide. To put North Carolina’s remarkable progress in some context, the 1,011 MW of solar installed in the state today is twice as much as the entire country had in 2004! 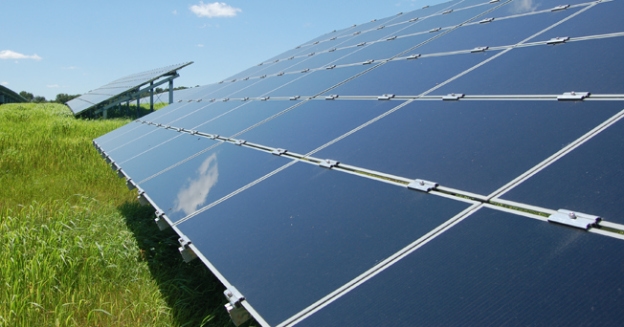 Currently, there are 177 solar companies at work throughout the value chain in North Carolina, employing more than 5,600 people. What’s more, from an environmental perspective, solar installations in North Carolina are helping to offset more than 1 million metric tons of harmful carbon emissions, which is the equivalent of removing 200,000 cars off the state’s roads and highways.

As it stands now, the 30 percent federal ITC will expire at the end of 2016, threatening to derail the rapid progress solar energy is making across North Carolina. By contrast, competing energy sources, such as fossil fuels, have had preferential treatment in the U.S. tax code for up to 100 years, while solar has had the federal ITC as an incentive for private investment for less than 10.

As an industry, we’re strongly urging North Carolina’s Congressional delegation to support extending the ITC for at least five years. By then, many analysts are predicting, solar will reach grid parity in most electricity markets, helping to create a level playing field among energy producers, which will benefit consumers, the U.S. economy and our environment. That’s a win-win in anyone’s book.

Rhone Resch is president and CEO of the Solar Energy Industries Association.