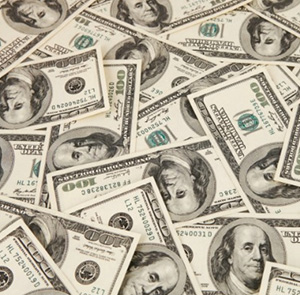 The U.S. Department of Energy (DOE) has announced more than $56 million for 40 research and development (R&D) projects that aim to drive down the cost of solar energy. The awards build upon the DOE’s previous investments made under its SunShot Initiative, a collaborative effort to make solar fully cost-competitive with traditional energy sources by the end of the decade.

The DOE says that due, in part, to its long-term investments and partnerships with private industry, academia and the department’s national labs, solar PV panels now cost 50 percent of what they did three years ago.

To further drive down costs, the DOE is awarding more than $14 million to 10 research institutions to improve the performance, efficiency and durability of solar PV devices. The DOE says the R&D projects will explore a variety of leading-edge solutions, from new high-performance materials to novel techniques for creating more efficient solar cells that cost less to manufacture.

In addition, through its SunShot Incubator program, the DOE is investing more than $14 million in 20 small businesses that will develop innovative technologies and services to further drive down hardware and non-hardware costs for solar electric systems. 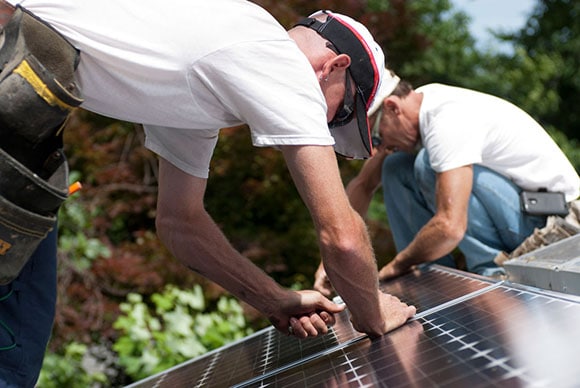 The DOE says the projects take a number of approaches to decreasing costs, creating a software-based solution to quantify risk for solar investors, developing advanced materials and components that maximize efficiency for concentrating solar power (CSP) and identifying ways to eliminate the need for expensive silver in solar cell manufacturing.

In support of the Clean Energy Manufacturing Initiative, DOE is also awarding more than $24 million to 10 U.S.-based solar manufacturers working to develop and implement innovative technologies that will reduce costs and increase efficiency in manufacturing processes used to make PV and CSP technologies. These investments focus on tackling key cost-contributors such as raw materials, labor-intensive processes and capital expenses, the department adds.

Some award winners include the following:

Suniva Inc., an Atlanta-based manufacturer of crystalline silicon solar cells and modules, has been awarded $2.3 million to develop and manufacture high-power n-type solar cells with efficiencies greater than 22.5 percent. This is Suniva’s second SunShot award.

In collaboration with Georgia Tech Research Corp., Suniva says it plans to use high-volume, low-cost manufacturing based on a new disruptive technology. The company says its technology will improve the total energy yields from solar panels, enabling a significant reduction in the levelized cost of electricity. 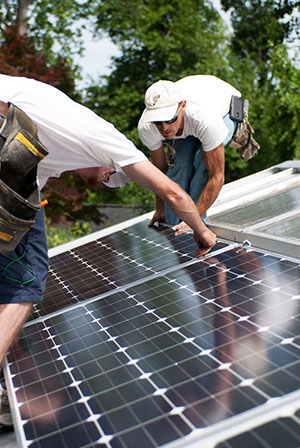 Research in the $8 million next phase of SolarWorld’s crystallization project, defrayed by the DOE’s $4 million match, will take place at the company’s Americas headquarters in Hillsboro, Ore.

Cogenra Solar has been awarded $2 million to scale its Dense Cell Interconnect (DCI) technology through an automated production line based in the U.S. The company claims its DCI is an advanced PV cell interconnect technology that boosts solar module power up to 15 percent compared to currently available modules.

Stem Inc. has won a $935,000 cooperative awarded to develop an advanced software platform for energy storage evaluation and automated system control to improve the application of distributed storage in areas with high PV penetration. The company says this will lower the grid integration costs of solar improve grid stability. The SunShot-funded project builds off of a study conducted by Stem in conjunction with the Sacramento Municipal Utility District.

Clean Energy Collective (CEC) has been selected to receive a $700,000 award to develop and implement the National Community Solar Platform (NCSP) – a centralized Web platform to provide broad access to information and tools to make community solar development easier, cheaper, faster and widely scalable. CEC says it will develop and test the NCSP over the next 18 months, with tools becoming available as they are built.

Mosaic, a peer-to-peer solar finance company, will receive its second cooperative award from the DOE SunShot Initiative. The $650,000 award will support Mosaic’s business in solar lending and adds to its $2 million award in 2012.

Mosaic says it plans to use its award to fund continual product improvements and innovation for its home solar loan program.

“The SunShot Initiative is a model for the public sector’s power to support private-sector innovation,” comments Bill Parish, co-founder and president of Mosaic. “We’re thrilled to receive a second round of funding from SunShot’s Incubator program and to be joined by the solar industry’s brightest innovators.”

Full lists of award winners can be found here.