A new report from the U.S. Energy Information Administration (EIA), which says this marks the lowest emissions level for the first six months of a year since 1991. 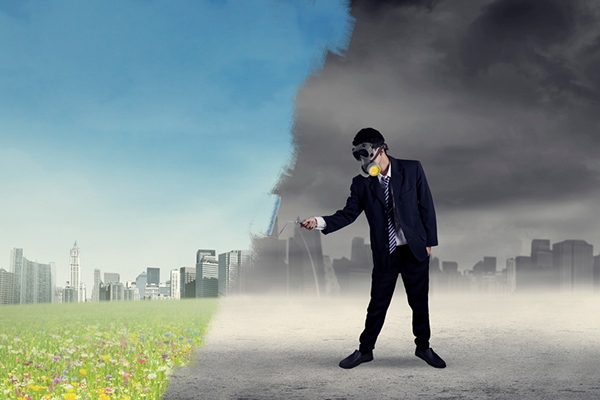 According to EIA’s Short-Term Energy Outlook, mild weather and changes in the fuels used to generate electricity (i.e., more renewable energy consumption) contributed to the decline in energy-related emissions.

In addition, EIA projects that energy-associated CO2 emissions will fall to 5,179 million metric tons in 2016 – the lowest annual level since 1992.

In the first six months of this year, the U.S. had the fewest heating degree days (an indicator of heating demand) since at least 1949, the earliest year for which EIA has monthly data for all 50 states. (The agency notes that warmer weather during winter months reduces demand for heating fuels and electricity.)

As for renewable energy production, consumption of renewable fuels that do not produce CO2 increased 9 percent during the first six months of 2016 compared with the same period in 2015.

n particular, wind energy – which saw the largest electricity generating capacity additions of any fuel in 2015 – accounted for nearly half of this increase, according to the report.

More on EIA’s report can be found here.