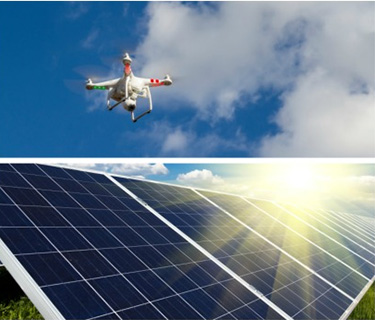 The Poughkeepsie, N.Y.-based firm, which sites projects mostly on brownfields and landfills, collects aerial images or videos of a solar project in order to assess the scene at a different view form the of ground-based photography.

“It offers a unique perspective to what we do,” says Paul Curran, managing director of the firm. “In the solar world, you really want to check everything as carefully as you can.

Curran says checking the quality of a racking system, for example, is more limited from the ground. By using a UAV at a height of around 100-200 feet, BQ Energy can see a broad, overhead view to make sure the entire system is straight and in proper alignment before the next steps take place (e.g., pouring concrete, placing wires, installing panels). 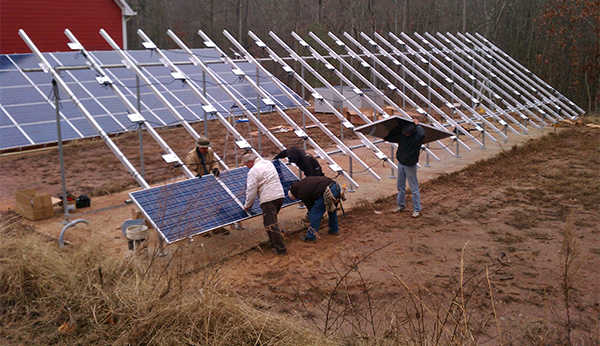 “It’s a good way to have quality control at an early stage of the process,” Curran says.

To do the job, BQ Energy has hired a trained operator, who flies the company-owned DJI Phantom 2. The company also uses the aircraft to monitor a solar project’s stages of construction – from a blank site to the finished product.

In lieu of sending a group of engineers to review a location, the operator and his aircraft may travel to a potential development site to conduct a photo reconnaissance by drone. Curran says the company can often get the job done with only one person this way.

The same method applies for a project under construction. The company will send out the operator a few times a week to take photos and videos of a site. According to Curran, the company says time by not having to send a crew to a construction site every day. The drone video, he says, “allows us to get a very good look at it and talk about it.”

And when a project is complete, he adds, the company occasionally uses the UAC at a height of 300-350 feel to capture the entire project. As shared by solar racking systems provider GameChange racking, BQ Energy used the drone to take a video of GameChanger’s Pour-in-Place ballasted ground system installed for a 1.2 MW solar array BQ Energy is developing on a Superfund brownfield site in Lackawanna, N.Y. 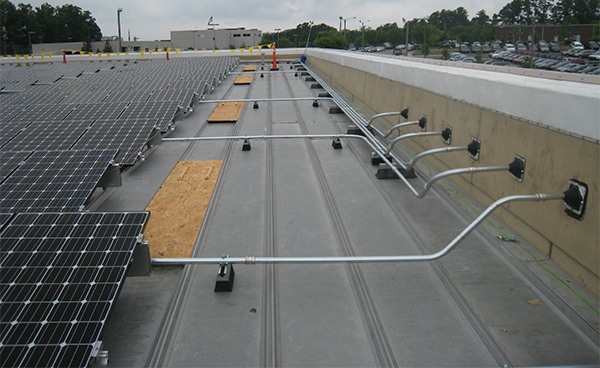 Because the firm deals with brownfields and landfills, looking at terrain is a priority when it develops a site. In comparison to Google Earth, for instance, a drone offers more details.

“It really does give you a lot more perspective than Google Earth can,” Curran says. “Google Earth is great, but this really helps quite a bit.”