Cheap oil, cheap natural gas and increasingly cheap renewables are ushering in an era of abundant energy — an energy renaissance — at a time when a changing climate demands that energy be used more efficiently and be as low-carbon as possible. 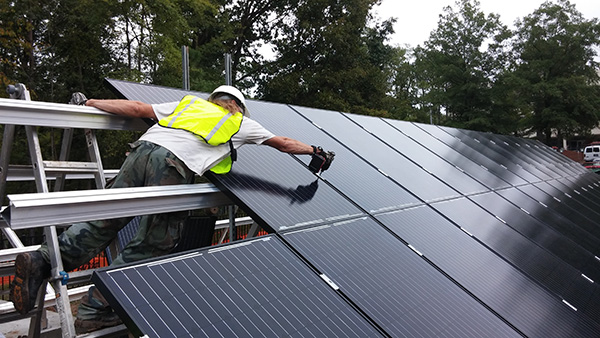 That is one of the central messages of the Bloomberg New Energy Finance (BNEF) Future of Energy Summit that took place last week in New York City. Bloomberg analysts, government regulators and industry officials in attendance are debating how far renewable electricity has come as prices have fallen, and where it’s going as countries prepare for the Paris climate negotiations in December.

Renewables, mainly including hydropower, solar and wind, reached 28 percent of the total electric power supply in Germany in 2014, 19 percent in the United Kingdom, 22 percent in China, 76 percent in Brazil and 13 percent in the U.S., as investments in renewables increased more than 15 percent globally last year, BNEF Chairman Michael Liebreich said Tuesday.

The cost of solar photovoltaic installations has fallen an estimated 59 percent since 2009, and the cost of onshore wind farms has fallen 11.5 percent, Bloomberg estimated in March .

Low-carbon energy gained ground even as crude oil prices plunged about 50 percent in 2014 as both shale oil and shale gas gushed onto the market thanks in part to the hydraulic fracturing boom in the U.S.

In 2006, prior to the shale oil and gas boom, “we didn’t expect to have energy abundance we have now,” said Sarah Ladislaw, director of the Center for Strategic and International Studies, a think tank based in Washington, D.C.

The shale gas boom, which is helping utilities displace coal for electric power generation, “hasn’t meant that renewable energy penetration into the electric power market has stopped,” she said.

Energy efficiency as a way to both cut energy costs and reduce greenhouse gas emissions is also gaining ground across the globe. Government-sponsored energy efficiency measures amounted to nearly $50 billion in 2013, mostly in the U.S., Germany and China, up from just over $40 billion in 2012, Liebreich said.

The trend of wind, solar, energy efficiency and other low-carbon energy sources taking substantial hold in both developed and developing nations worldwide — in addition to the U.S. and China agreeing to a climate pact — bodes well for the Paris climate negotiations, Liebreich said.

“There is a chance of a good deal,” he said. “One implication of the diversity we have — the plenty we now have in the energy system: It’s possible to contemplate a deal in Paris which in Copenhagen five years ago would have been completely unthinkable politically and economically.”

At the Copenhagen climate summit in 2009, world leaders struck a non-binding agreement to cut greenhouse gas emissions so global warming could be limited to 2°C (3.6°F) below pre-industrial levels.

“I can’t think of a scenario in which we can stick to the 2 degree warming scenario without a substantial contribution from nuclear,” he said, adding that the only part of the globe where nuclear is being considered a serious low-carbon energy option is in China, where 66 nuclear power plants are under construction.

No other country has more than 9 nuclear plants under construction. The World Nuclear Association expects six new nuclear reactors to be completed in the U.S. by 2020.

While most of those speaking at the Future of Energy conference on Tuesday debated the promise and future of low-carbon energy sources, no one spoke in favor of fossil fuels more than Greg Rickford, Canada’s minister of Natural Resources.

Canada is home to vast reserves of oil sands, or tar sands, which are linked to the U.S. via several crude oil pipelines that one day may include the controversial proposed Keystone XL Pipeline. The production of tar sands oil releases 17 percent more carbon dioxide into the atmosphere than the average barrel of crude oil elsewhere. 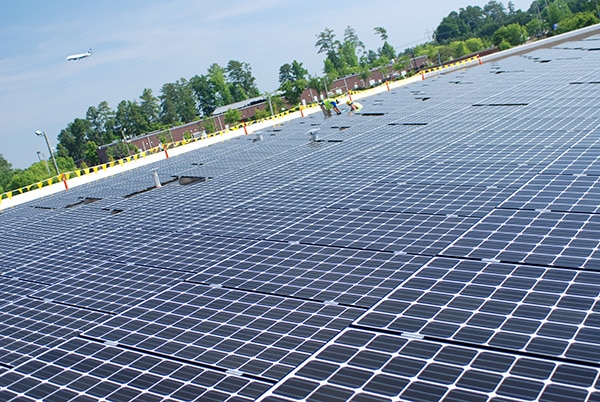 If built, Keystone XL would pipe more than 800,000 barrels of thick tar sands bitumen each day to refineries along the Texas Gulf Coast. The pipeline is under environmental review by the U.S. State Department, which could make a final decision on issuing a construction permit anytime.

Rickford said critics of the oil sands cite their greenhouse gas emissions as a reason to oppose their development.

“What you don’t hear is the incredible progress on the environmental side,” Rickford said, adding that the 13 largest oil sands producers in Canada are working together to improve their environmental performance, producing “777 new innovations” reducing the oil sands’ impact.

“The benefits are clear: As of 2012, our oil sands greenhouse gas emissions were 28 percent below 1990 levels,” he said.

When asked why he believes Canada’s oil sands have a bad reputation internationally, Rickford said that rather than finger-pointing or impugning a specific province or energy source, Canada needs to have a strategy that “produces competitive advantage” while also reducing GHG emissions.

Reprinted from Climate Central with permission.