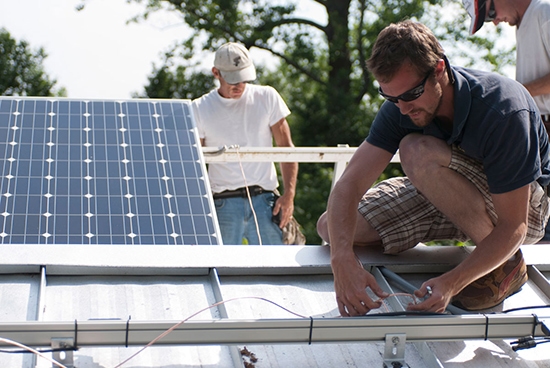 A new report from the nonprofit business group Environmental Entrepreneurs (E2) shows that more than 12,500 clean energy and clean transportation jobs were announced in the second quarter of this year (Q2’14) – more than double the number of jobs announced in the first quarter.

Solar power generation led all sectors in Q2’14 with more than 5,300 jobs announced. The wind industry posted more than 2,700 jobs, many stemming from projects that qualified for the recently expired production tax credit.

“Businesses depend on market certainty and clean energy businesses are no different,” says Jonathan Foster, chief financial officer of Nexant, an energy software services company, and a director of E2’s northern California chapter. “What good policies do – whether it’s AB.32 in California or the new federal Clean Power Plan – is help create market certainty.”

AB.32 requires California to reduce its greenhouse gas emissions to 1990 levels by 2020. Passed in 2006, the legislation is considered one of the pillars of energy policy in the U.S. that has led to the propagation of renewable portfolio standards in general and the rise of solar power as a significant source of power generation – and jobs – in particular.

Announced by the U.S. Environmental Protection Agency in June, the Clean Power Plan will cut carbon pollution from power plants by 30 percent by 2030. Along the way, the policy is expected to drive growth in energy efficiency and renewable energy, creating hundreds of thousands of jobs and saving American businesses and consumers an estimated $37 billion in energy costs. 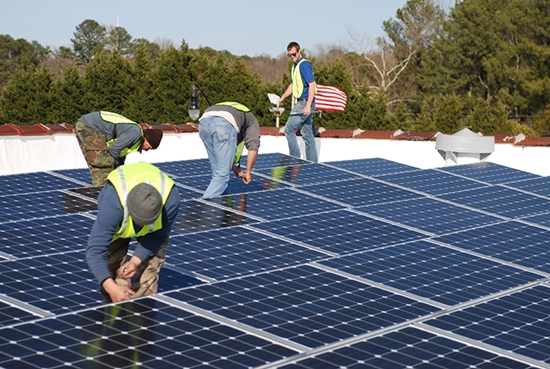 According to E2’s new report, five solar companies announced significant hiring in the residential sector, expanding their existing workforce in the prime solar markets of Arizona, California, New York and Massachusetts. Each of these states has strong net-metering policies, E2 notes.

Arizona recorded the greatest number of announced jobs in the report. Solar Wind Energy Inc. announced it expects to hire at least 350 permanent jobs for a new project in San Luis, Arizona. This will come as welcome news for the solar sector in the state, which, according to a report from The Solar Foundation, took a hit on jobs last year due to layoffs after the completion of the Solana concentrating solar power plant.

California ranks second in the E2 report, thanks to announcements from the utility-scale solar industry and from 500 new jobs announced by Tesla Motors. Michigan placed third, with GM expected to add as many as 1,400 jobs producing advanced battery technologies.

Down the pike, the E2 report points to a number of developments that are likely to keep the new solar jobs coming. More than 1,000 new jobs are expected as an outgrowth of SolarCity’s $200 million acquisition of solar manufacturer Silevo. As part of the acquisition, SolarCity will build a 1 GW annual production capacity manufacturing in Buffalo, N.Y. About 800 new construction jobs are tied to Tenaska’s recently closed deal to build the Imperial Solar Energy Center West Project in Imperial County, California.

The top 10 for announced clean energy and clean transportation jobs in Q2’14 are as follows: