Another Record-Breaking Year for U.S. Solar 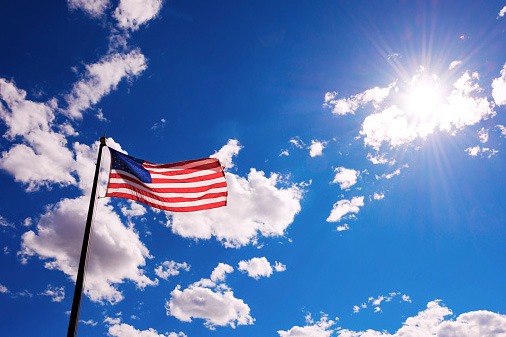 The U.S. solar industry installed 7,286 MW of solar photovoltaics (PV) in 2015 – the largest total ever and 17 percent above 2014. Also, solar beat out natural gas capacity additions for the first time, with solar supplying 29.5 percent of all new electric generating capacity in the U.S. last year.

The Solar Energy Industries Association (SEIA) and GTM Research have announced these historic figures ahead of the March 9 release of the complete U.S. Solar Market Insight 2015 Year-in-Review report. 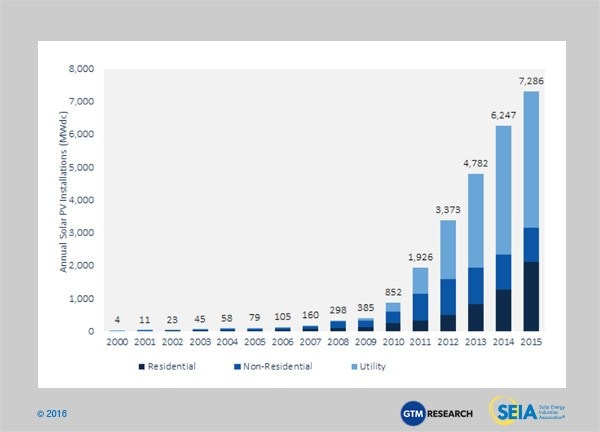 The report’s data shows that led by California, North Carolina, Nevada, Massachusetts, and New York, the U.S. solar market experienced a year-over-year growth rate of 17 percent. Geographically, the market continues to diversify, with 13 states installing more than 100 MW each in 2015. States that made major solar strides include Utah, which jumped in ranking from 23rd to 7th place, and Georgia, which moved from 16th to 8th in the nation. 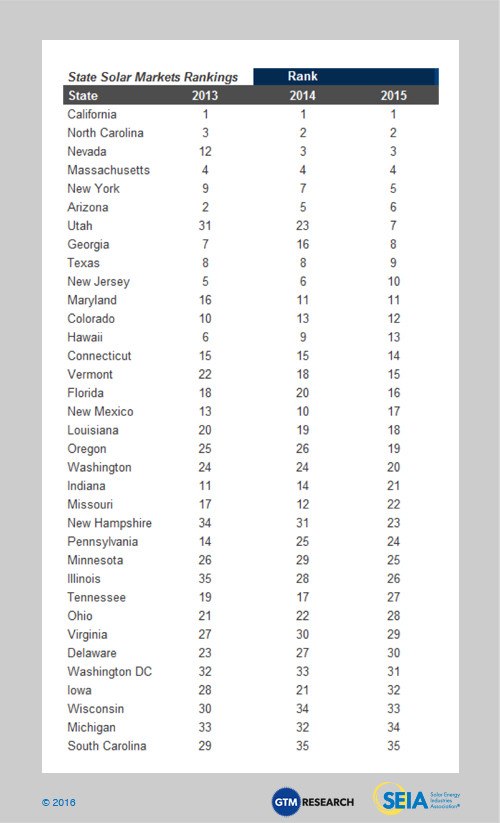 For the fourth year in a row, the non-residential market broke the 1 GW mark, but it remained roughly flat year-over-year. The report says the utility-scale sector, the mainstay of the U.S. solar market, grew 6 percent year-over-year and represented more than half of all solar PV installed in 2015.

“Without a doubt, 2015 was a monumental year for the U.S. solar industry, and perhaps what’s most amazing is that we’re only getting started,” says SEIA President and CEO Rhone Resch. “Over the next few years, we’re going to see solar continue to reach unprecedented heights as our nation makes a shift toward a carbon-free source of energy that also serves as an economic and job-creating engine.”

“The U.S. solar market remains concentrated in key states, with the top 10 states accounting for 87 percent of installed capacity in 2015,” adds Shayle Kann, senior vice president of GTM Research. “But growth has been widespread, and 24 of the 35 states that we track individually saw market growth in 2015.”