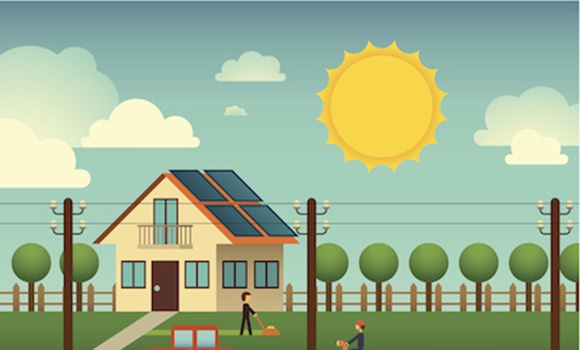 Don’t think solar works for you? You could be wrong! A lot of myths swirl around solar energy that prevents people from making a well-informed decision about whether it’s right for them. PURE Energies, an NRG Home Solar Company, tackled 10 of the biggest myths about solar energy that you SHOULDN’T believe. I’ve added one of my own because it’s the one that initially most got in my way when I was thinking about going solar.

Myth 1 – I should wait until solar technology gets more efficient. Solar technology actually hasn’t changed much since the 1960s. In fact, it’s one of the most stable technologies we can use. That, plus the 30 percent federal solar tax credit and many state incentive programs*, make solar a technology worth installing right now.

Myth 2 – Solar doesn’t work when it’s cool, cloudy or foggy. Solar panels still produce significant energy when it’s foggy, chilly, or overcast. Surprising fact: solar panels on a rooftop in cool and foggy San Francisco produce only one percent less electricity than those on a rooftop in hot, sunny Sacramento. 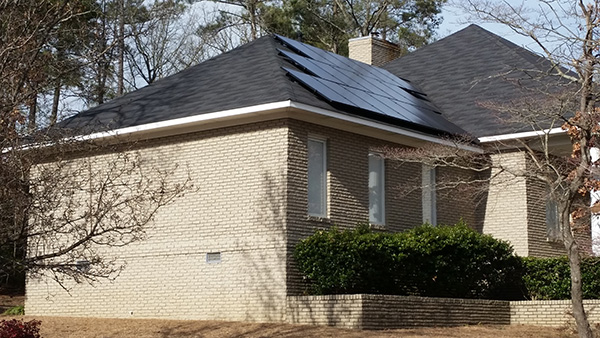 Myth 3 – I can store excess solar energy in batteries. Most modern solar panel systems are connected to the local utility company’s electricity grid, the one you’re probably already using. Homeowners usually install solar systems that feed whatever power they don’t use back into this grid through a system called net metering. The utility company credits you for that power. If you need extra power from the utility grid, you can tap into it, but it probably won’t cost you anything because your solar system already fed so much energy into the system. Storing solar power in a battery is possible, but expensive. It would be more cost-effective to install an independent generator if you’re worried about your power going out. However, the power usually doesn’t go out very often!

Myth 4 – It is a lot of trouble to maintain solar panels. Solar panels have no moving parts and do not require regular maintenance (unlike your car, which needs the oil changed several times a year, the tires pumped up regularly, and an annual tune-up). Most companies recommend you hose off the panels once a year or so, but many panel owners rely on the rain to do this instead. You do want to remove any debris that falls on the panels. But generally, you can use monitoring software to detect any drop in power generation that might need your attention. 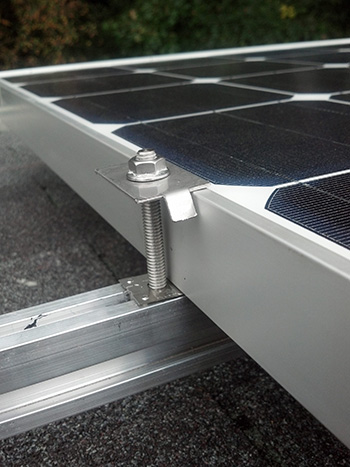 Myth 5 – Solar panels will cause my roof to leak, deteriorate, or collapse. On the contrary, solar panels help protect and preserve the portion of the roof they cover. Most solar panels do not attach directly to the roof. Rather, they’re mounted on a railing system sealed with metal flashing that provides an extra barrier against the elements. If your roof needs to be repaired for other reasons, such as age or storm damage, do that before installing solar panels.

Myth 6 – Solar is so expensive, I’ll never make back the money I put into it. Solar turns out to be a great choice for people looking to save money on electricity. Modern financing options make it much easier to afford the upfront costs of installation, and many households can now go solar for little to no money down. Also, solar pays for itself over time. Unlike pretty much anything else you buy for your home – like a sofa, or a microwave, or a refrigerator – solar panels return, on average, two to four times their cost in saved electricity bills. In other words, whatever it costs you to purchase solar initially, you’ll be repaid in energy savings over time. According to the U.S. Department of Energy , solar panels typically pay for themselves completely within 10 years. In a state with good incentives, the payback period can be as short as 2 to 4 years.

Myth 7 – When the power goes out, my home will still be powered. This is not true, but it’s also not a reason to skip solar. Remember #3 above. Your solar system is tied into your utility grid, so when the grid goes down, even though your solar panels could still be working, they won’t be sending power to the grid and your home electrical system won’t be pulling power out of it. Fortunately, the power doesn’t go off very often.

Myth 8 – Solar will look ugly on my roof. Solar panels actually send a message that the homeowners who install them are very “hip” and setting a great example for others in the community. If you don’t like the look of traditional solar panels, however, consider thin-film and non-reflective solar panel roofing shingles, which resemble ordinary asphalt shingles.** 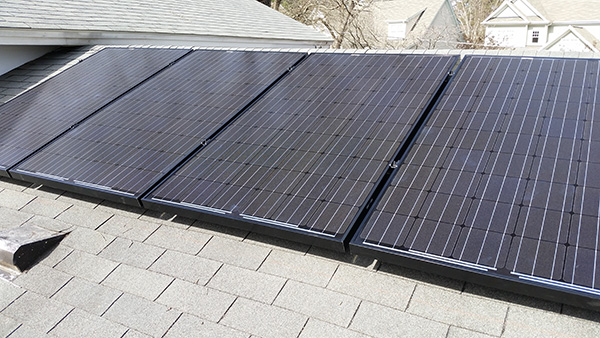 Myth 10 – Solar panels require a tracking system to follow the angle of the sun. Most solar panels can be installed at just the right angle on a roof to maximize the amount of solar they can capture and convert to electricity. Tracking systems are more common in industrial settings that use massive arrays of solar panels to generate electricity.

Myth 11 – It is very difficult to figure out what kind of solar system I need. When I first considered going solar, I had to figure out everything on my own. Did I have enough sun? What kind of system should I install? How much would it cost? How could I offset the costs? These days, companies like PURE Energies can do an analysis of your solar potential in no time, then recommend a system that is ideal for your home. It’s actually never been easier to figure out how to go solar.

This article first appeared on the Care2 website; it was reprinted with permission.